Showcasing moviemaking in the Glass City 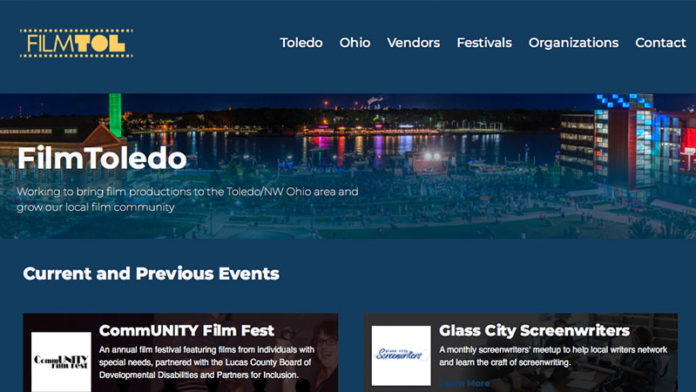 A local nonprofit is working on bringing film productions and film events to Toledo. Since 2018, independent filmmaker Michael DeSanto and his two colleagues, Clint LaForest and Charles Wetzel Jr., have been promoting FilmToledo to make the glass city a prime spot for film projects. “We work with local filmmakers and film organizations to sponsor and host events, and to bring film sessions into Toledo to grow the economy,” said DeSanto.

Toledo is the fourth largest city in Ohio, and within a few hundred miles of other large cities. DeSanto says there aren’t many opportunities for larger film productions to come here – a narrative that he and his colleagues are looking to change. “We have a more centralized location between other film hubs so we’re trying to make Toledo more attractive to outside film companies.”

Getting started
After launching the website in 2018, the three were ready to get the ball rolling with community events and awareness in Toledo. Unfortunately, after the pandemic hit, the effort had to be put on hold. Fast-forward a few years to today and the three are now working with the City of Toledo to establish a budget for filmmaking and to demonstrate to City Officials that the filmmaking would provide a financial boost to Toledo. “It’s almost like a tourism lure to let people know that we exist and we have cool locations, the facilities available, and the talent available to make things happen here,” said DeSanto.

According to the Ohio Department of Development, there are an increasing number of films being made across Ohio. As the Ohio Motion Picture Tax Credit offers a refundable 30% tax credit on production cast and crew wages plus further credits for other eligible in-state spending, according to DeSantos, this credit can make it very affordable to shoot in Ohio.

“Right now, the bulk of those tax credits are going to other regions in Ohio because we don’t have an established film scene here, and one of our goals is to try and get a piece of that pie,” said DeSanto.

An independent film’s budget can range to $65 million and up, but DeSanto says he’s trying to be realistic and wants to attract smaller productions, with budgets of under $300,000.

Looking ahead
“The last time we went to the City of Toledo, my pitch was to just get Toledo on the map,” said DeSanto. “Right now with multiple commissions in Ohio, there’s a picture on the Ohio State website that shows where those film commissions are located, and there is a big hole where Toledo is. And that’s something where we need to establish ourselves as a place where films can happen.” DeSanto and FilmToledo have been in talks with the City of Toledo since December of 2021.

DeSanto also wants to continue to try to host more film-related events in our area, something that was forced to be put on hold during the pandemic. “COVID derailed these things but we’re excited to bring back some of those events in-person this year, such as the community film fest this August.  Toledo is a creative scene. The art scene has grown in the last 10 years or so, the film scene has grown and there are more opportunities. Toledo is a great place to build things, to make things happen and I want to see Toledo grow.”

To get involved in the film scene in Toledo, specifically with FilmToledo, and to learn about upcoming events, visit filmtoledo.com.