Now in its fifth year, the CommUNITY Film Fest Premier Event is comprised of a lineup of 13 films— three in a professional category through the festival’s new partnership with Film Toledo. Though there have been changes over the years, the event has always been about celebrating the roles of people with disabilities, along with their skills and diversity, that make them an integral part of the community.

The Film Fest began when the event’s chairman, Lisa Comes, and others from the Lucas County Board of Developmental Disabilities began brainstorming about events to promote inclusivity. “People are no longer going to a special place to work, or living in group homes,” says Comes. “It’s more about everyone being supported in the community at large. These folks are working, volunteering, doing recreational activities and living right next to you. They are just living life like the rest of us.”

Talk moved toward the pervasiveness of technology, and how the lives of those with disabilities could be highlighted through the medium of film. “Somehow we ended up with this idea of these stories, and having a celebration modeled after an Oscar-style event,” Comes says. They called in other agencies like the Down Syndrome Association, The Sight Center, Camp Courageous, and many others to facilitate the first CommUNITY Film Fest with a mission to inspire audiences, promote inclusion, and celebrate the everyday life of people with disabilities. While that mission has remained largely the same, there was one significant change: they removed the word “inspire.”

“There are some people with disabilities who are offended by the idea that everything they do is inspiring,” explains Comes. They don’t want to be seen as heroic for going to work or visiting the grocery store. 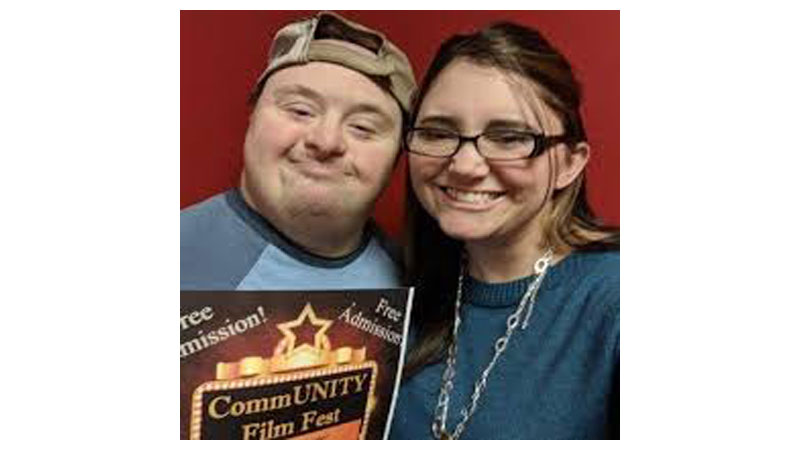 Early on, the festival worked on film creation that intended to pair those with disabilities with those without. Now the event also promotes independently-made movies. “We did see early on that some people really had a knack for filmmaking and were tech savvy, so we added that category.”

This year, Film Toledo is working with three of the participants who had their films shown in past years, but who also needed further direction to move forward. One is an actor interested in making action films, another has a YouTube channel that he seeks to promote, and the third is a rap artist who needed help taking his music videos to the next level. All three will have their films shown in the professional category.

In true Academy Awards style, this year’s Film Fest begins with a red carpet walk with members of the media taking pictures. The awards will be presented after showings of each film with filmmakers and actors available afterwards for a meet and greet.

Comes and everyone involved want the festival to promote their mission. “We want to continue to have a platform for people with disabilities, but our long-term goal is for people to move into other festivals so we don’t have a separate film fest. We want to push people who have a knack for this into the mainstream film world.”