For an opinion piece on this process from Toledoans For Safe Water member Bryan Twitchell, read LEBOR of Love.

If you ask the grassroots organization Toledoans for Safe Water, the answer is clear: Yes, and it is the best way to protect the people’s right to access safe and clean water and the Lake’s right to exist and flourish.

To make sure the Lake’s rights are recognized, Toledoans for Safe Water worked with the Community Environmental Legal Defense Fund (CELDF) to draft The Lake Erie Bill of Rights, which would recognize the Lake’s “rights to exist and flourish and to protect drinking water.”

Despite being found to have gathered more than a sufficient number of signatures to qualify the Toledo City charter amendment for the November ballot, the Lucas County Board of Elections (BOE) voted on August 28 to keep the citizens initiative off the ballot.

Not only does the Lucas County BOE decision follow a similar ruling— on the same day, they rejected the petition to keep the Lucas County jail in downtown Toledo— the decision follows similar statewide rulings. A week earlier, the Franklin County Board of Elections rejected the “Columbus Community Bill of Rights,” an issue was approved by Columbus City Council in July 2018 which would have banned fracking within city limits.

“The actions of the Lucas County BOE are shameful, and reveal the sham that we call a democracy. When four members can strip the rights of 314,000 registered voters to cast a ballot on the people’s initiative – that’s called an oligarchy,” stated Markie Miller, a co-founder and leader of Toledoans for Safe Water.

“Meanwhile, Lake Erie is dying. For three decades Lake Erie communities have looked to our representatives to protect the lake and safeguard our water – to no avail. We are done waiting. Across the state, when we begin to take our health, safety, and welfare into our own hands, we are blocked by the very government that we once thought would protect us. This is not over. We are challenging this decision.”

Toledoans for Safe Water has filed a lawsuit with the Ohio Supreme Court against the Lucas County Board of Elections. The Supreme Court is currently reviewing the matter. 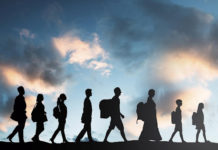 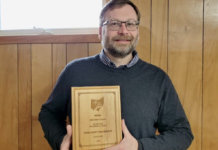 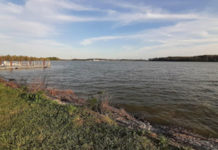