A new era at Que Pasa 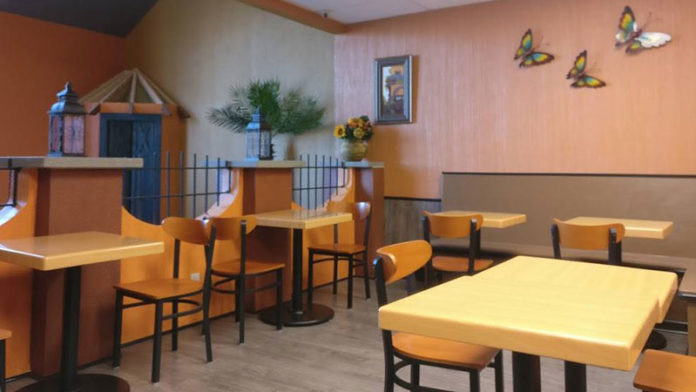 Carlos Que Pasa (located at 3137 W. Central Ave., in the Cricket West Shopping Center) opened in 2018 as a Mexican restaurant featuring the classic South west comfort food. The eatery has undergone a recent rebranding, from a classic Mexican style restaurant into a hybrid Mexican/Vegan establishment. The change is due to the global pandemic creating sizable issues for businesses, especially restaurants, forcing them to be creative in order to continue functioning. 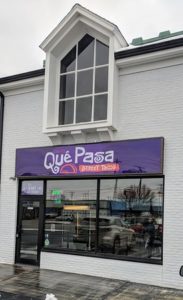 Going vegan
The pandemic realities and the addition of food trucks inspired the family behind Carlos Que Pasa to change their offerings to the public. “We were kind of stuck once we saw that our sales weren’t as good as they were before COVID, we had to decide what we wanted to do here,” said Lupita Mendez, the 24-year-old daughter of the founder and namesake Carlos Mendez.

For many people, the idea of veganism can be daunting, conjuring thoughts of bland food and uninspired salads. But at Que Pasa, those ideas are misinformed.

Classic and new
Greeted by Lupita behind the host station, you see the counter dividing the kitchen from the main lobby, allowing you to watch the chef bustle about. Choosing from various beverages in a refrigerated cooler, diners then make selections from the menu above the register.

We chose two classic staples of Mexican fare; tostadas and nachos. With a choice of protein ranging from black beans to barbecued jackfruit, to a choice of meat substitutes, we opted for the meat substitutes, perhaps the items which non-vegans would be most curious about. These included al pastor and chorizo,
both of which are usually made from pork.

It was early in the lunch hour and we were the only ones in the restaurant. Our food was ready within minutes and brought up to us promptly. Every ingredient within the restaurant, except the cheese, is homemade. 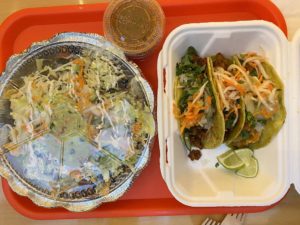 Getting fresh
A word to describe the food from our order is ‘mellow.’ The chips in the nachos were delightfully crispy and rigid, easily standing up against the generous portions of cheese, ‘meat’ and other toppings heaped upon them. The same went for the tostada, which held up well and was packed with flavor. Mounds of crispy iceberg lettuce complemented the flavorful and zesty toppings. We dug around for the meat substitutes and tried them on their own and, to be honest, although the texture was a bit different from what you might expect, the flavors were on point. And as a whole, the meal was so tasty that even if you choose to eschew a meat
substitute, you’ll never miss it.

Carlos Que Pasa prides itself on the freshness of its ingredients and its sensitivity to the needs of both vegans and non-vegans, such as the refusal to use tofu-based products as substitutes. “We didn’t want to use tofu because of the stereotype that ‘tofu has no flavor,’” Lupita explained. Instead, they use TVP, or Texturized Vegetable Protein, which is similar to tofu but goes through a different production process to give it a familiar texture, closer to that of meat.

The Mendez family hopes to eventually turn Carlos Que Pasa into a full service sit-down restaurant while they continue to expand their other area restaurant operations. Lupita explained, “For the people who have dietary restrictions, I just want to get the word out there that they have a restaurant they can go to, and feel comfortable coming here.”