The two couples could not be more dissimilar. One is conservative, the other liberal. They come from completely different social classes. One couple loves the University of Michigan, while the other two are die-hard OSU supporters.

A quirk of science throws these two pairs together and forces them to deal with one another in Human Error, Toledo area playwright Eric Pfeffinger’s new comedy, making its area debut at the Toledo Repertoire Theatre on Friday, November 17 for a one-weekend run.

“It’s about two couples who couldn’t have less in common, politically or culturally, who find themselves thrown together when a mix-up at the fertility clinic accidentally implants one couple’s embryo in the other couple’s uterus,” Pfeffinger said. “And they find themselves trying to find a way to live with each other for nine months, maintaining a relationship during that time, until the baby is born.”

“I would describe it as a kind of serious comedy, in the sense that it’s not really farce,” said director F. Scott Regan. “It’s basically a comedy, but it has serious elements, thoughtful aspects and reflections on society, as well.”

Mining comedy and insight from unlikely situations has been a trademark of Pfeffinger’s work. He’s tinkered with the idea of a show based on a fertility mishap for a while, but as the script took shape over the past few years (through various workshops and readings around the country) he found it became less about the actual events of the story and more an observation about the increasingly divided state of our society, as people retreat into their own “ideological echo chambers.”

“I did begin working on it several years ago, and I remember thinking at the time, ‘Gosh, this feels really relevant right now, ripped from current headlines almost. Gosh, I hope that I can find an opportunity to get it produced before this situation goes away.’ I was concerned that we were all going to stop being intolerant of one another, and start being tolerant of other political viewpoints. And fortunately, that situation has not seemed to have improved at all,” Pfeffinger said wryly. 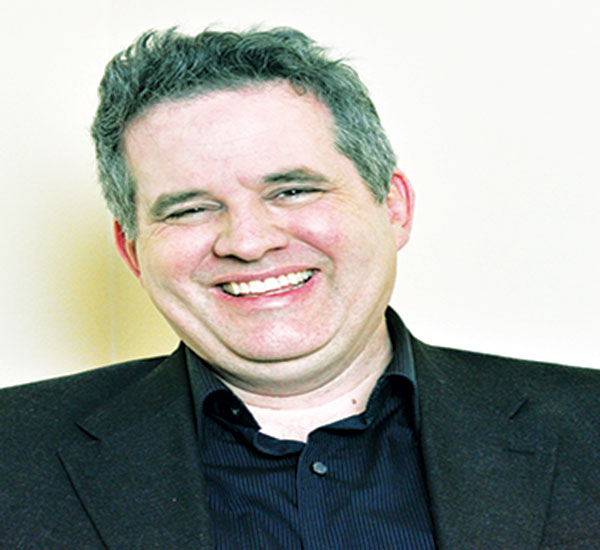 The play is set in the Toledo area, which is unusual for Pfeffinger, despite the fact that he’s lived here for over a decade. “It felt completely right because I do encounter people across the ideological spectrum— in my work, at my kids’ school, in my neighborhood.”

Human Error can be seen as a work in progress— Regan noted how the playwright has been very hands-on, attending rehearsals and tinkering with the script as the show takes shape. It will probably continue to evolve as a full Equity production is slated for Denver next year. Regan notes that he hopes attendees come away with a smile and being more open-minded toward their fellow Toledoans.

“Like all comedy, it kind of shows us our own foibles, by watching people up on stage, and saying ‘I’m not like that, or maybe I am like that,’” Regan explains. “So it’s kind of a collaboration with the audience as well, they’re going to be able to come away with a new openness.”