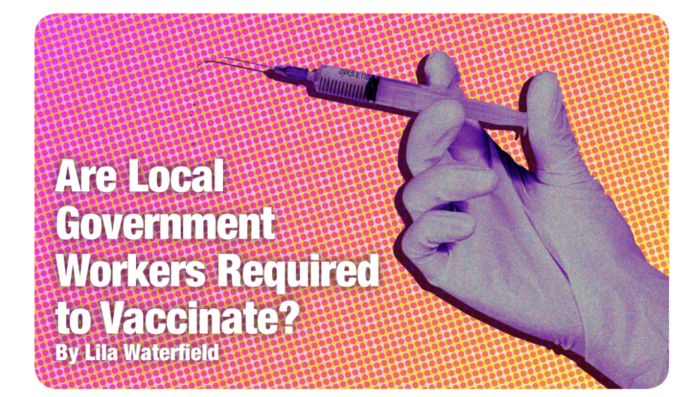 As of late December, a large number of Lucas County residents have yet to be fully vaccinated. 59.2% of the population have received their first dose, but only 54.7% have completed both doses. Of those that have gotten both doses, only another 38.8% have received a booster. With many residents susceptible to the newest variant, mandates requiring vaccines may be changing shortly.

The Biden Administration proposed a mandate requiring businesses with over 100 employees to show proof of vaccination or be tested on a weekly basis. (This mandate was withdrawn following the Supreme Court’s decision to block the rule.) While this virus affects many across the nation, it is equally important to know what your local government is doing in response to increasing cases of COVID. Specifically, though, residents are curious to see how their own government is reacting to the pandemic.

Toledo Mayor Wade Kapszukiewicz, in office since 2018 and re-elected recently, has expressed keen interest in requiring vaccinations in the City of Toledo’s governmental force. “I will say that is not a step we have taken as yet, but everything is on the table, and everything is up for discussion. As these numbers get worse and worse, the likelihood increases that we will have to take that step.”

These discussions, taking place across the county, demonstrate that the Mayor is not alone in his sentiments. He has had discussions with County Commissioner, Pete Gerken. “I talked to [Gerken] last week about it, and he is absolutely prepared to do it. I think I’m absolutely prepared to consider it, but I think Pete is there right now… We are starting to talk to the county about it as a coordinated effort.”

“Our political system is badly broken; I think everyone knows that, especially at the federal level. So, this has added an additional layer of challenge, which is why we have tried so many positive incentives over the past year and a half… We’ve tried just about everything but, for whatever reason, this (protecting citizens through vaccinations) has proven harder to do than it should have been. And it’s a shame because the older Toledoans, older Americans, can remember everyone getting their vaccination shots, which is why no one gets polio anymore and no one gets tetanus anymore… It’s just a shame that we are in such a politically polarized world now that something so simple and common sense has become controversial.” Neighboring Cities Toledo is not the only place where vaccine mandates are being discussed.

The City of Oregon is also watching to see what the other local governments
will do. “Obviously we are continuing to appropriately respond to the pandemic that keeps on hitting the community. We do not have a mandate now. The majority of our workforce has its shots and are vaccinated, but we still have some that are not. We’re not aware of communities in the area that are mandating yet. It is likely that before we would move in that direction, we’d be looking for direction either from the state or from the county
health board. We are keeping our mind open on all these things as we go. And obviously we are relying on the health-care professionals before we go off in a different direction,” explains Mike Beazley, City of Oregon Administrator.

It’s difficult to predict what will become of vaccination mandates, but Mayor Kapszukiewicz sums up his position nicely, leaving us with a bit of history to mull over,. “For as much grief
that the President has gotten for his mandate, I might point out that the first President of the United States to ever require vaccinations was President George Washington when he required that his soldiers be vaccinated against smallpox. I can’t believe that even the most strident political hack would dare criticize George Washington. If vaccinations were good enough for [him], I suppose they are good enough for all of us.”