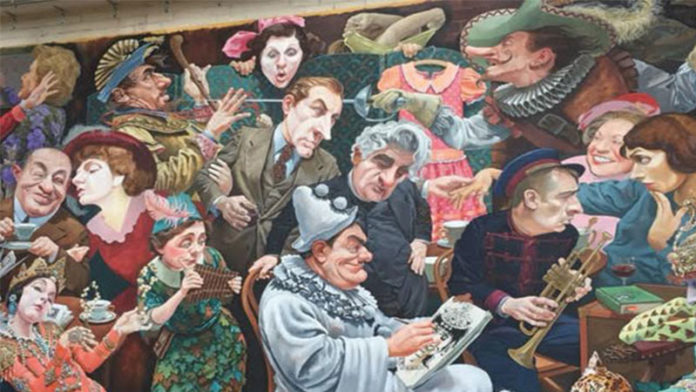 It’s hard not to stare at the bright red awning and large golden “V” as you’re strolling past the corner of Adams and N. Superior downtown. The Valentine Theatre has been a constant source of cultural pride for Toledoans dating back to the late nineteenth century. Opening to the public on Christmas Day in 1895, the theatre has entertained the Glass City for 126 years, with thousands of singers, performers, and musicians performing within the venue. 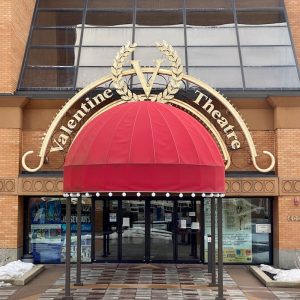 History given new life
In hopes of renewing and reexamining Toledo’s rich cultural past, Dr. Alta Dantzler, an Assistant Professor at Oakland University’s School of Music, Theater, and Dance, has created a virtual production for the Toledo Opera entitled “The Music Behind the Mural.”

Inspired by the enormous mural and the biographies that she often read while waiting backstage at the theatre, Dr. Dantzler felt a connection between the artwork and her own academic life. She has taught a course over the years about the History of American Musical Theatre.

“We won’t only hear American music at the performance— we’ll hear music from all genres and from all over the world on the 18th, because that’s what we would have heard on stage at the Valentine in that era.”

The production will focus on the legacy of about 15 of the celebrities in the mural, with five members of the Opera rotating singing solos and duets. Dr. Dantzler will narrate the event.

Wide appeal
Dantzler describes her creation as “an entertaining documentary concert.” Viewers should expect to learn facts about the people, the music, the time period and songs that might have been played at the party depicted in the mural.

Dr. Dantzler is convinced that the production will appeal to all kinds of audiences. “I think that everyone will recognize a song or two and will also hear some nostalgic music that will feel like home to them even if they’ve never heard it before. That’s the gift of that era— the seeds of the ‘American’ sound.”

The mural
After a massive renovation– spanning 21 years and $28 million– the Theatre reopened in the fall of 1999. At the time, the Valentine Board Members and staff agreed that something had to be
done to acknowledge the venue’s impressive former glory. A full year was spent researching before artist Paul Geiger began undertaking this enormous project.

The mural was completed in 2003, covering 68 feet and 6 inches of stretched canvas. 18 years later, it still holds the title of the largest indoor public painting installed in Toledo.

The mural features 47 celebrities of their time, including great stars like Maude Adams, Harry Houdini, and Marilyn Miller. Comically, Paul Geiger also included a cameo of himself, wearing a jester outfit and playing cards with Bert Williams, Douglas Fairbanks, Sr., and Robert Mantell.

For a quick brush up on the mural’s subjects before viewing the production, click here to visit the Valentine Theatre’s website. 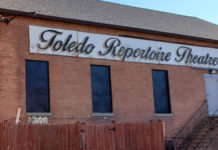 Hail to the King! Toledo Rep looking for teens to get “All Shook Up” this August 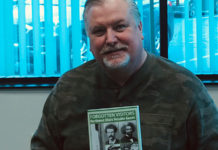 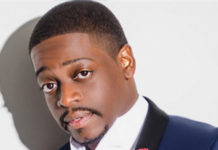