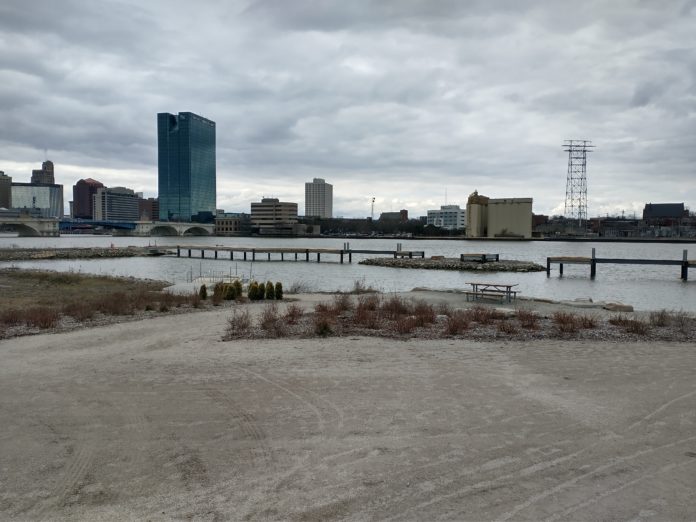 For decades, Toledo has talked about improvements to its riverfront. Several good plans were proposed, said Scott Carpenter, public relations director of Metroparks Toledo, but none of them have come to fruition – until now.

When completed, the Glass City Riverwalk will create 300 acres of public parkland with a five mile continuous path on both sides of the river between the Veterans’ Glass City Skyway and the Anthony Wayne Bridge, Carpenter said. It is a $200 million project on track to be completed in the next 10 years. As part of that, a park, the Glass City Metropark, has been established. 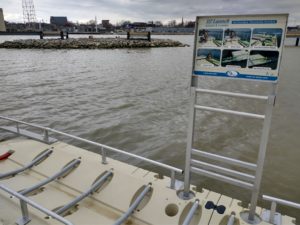 Construction began on Glass City Metropark in East Toledo a year ago, and is slated to be completed this time next year. Around that time, construction will begin on International Park, which Metropark will acquire from the City of Toledo for renovation. A bridge over Main Street will connect International Park to Glass City Metropark, which is scheduled to be finished this spring.

Phase two of Glass City Metropark, which started in the fall and will conclude in 2023, will include three innovative play areas, a restaurant and the region’s first ice skating ribbon, making it a year-round destination, Carpenter said. Glass City Metropark will be a destination, with a glass pavilion with rooftop, plants and plazas, a sledding hill, walking paths, an event lawn for 5,000 people, and will boost views of the city.

Cindy Kerr, vice president of ConnecToledo Downtown Development Corporation, said the park will have several benefits, namely that people will be able to get out and enjoy. The park will connect several neighborhoods and people living and working in the area will be able to partake of the park’s health benefits.

“So it’s bringing together those people who live in those neighborhoods. It’s just the enjoyment of being by the river. The health aspect of it because we encourage people to run and bike and jog and it will have accessibility features so everyone can enjoy it,” Kerr said.

Kerr sees future development as businesses come to downtown who want their workers and visitors to get the full satisfaction of the park. 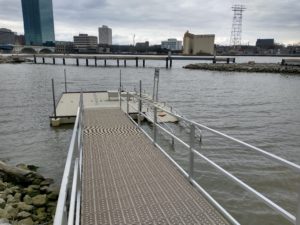 “Riverwalk will be a major destination, attract businesses and jobs, improve six neighborhoods on both sides of the river, restore natural areas along the river and enhance the quality of life for all Northwest Ohio,” Carpenter said. “It will be a game changer for our community. As riverfront restorations have been for cities across the country.”

Over the next several years, additional portions of Glass City Riverwalk will begin, Carpenter said. The entire project will take at least seven years to complete.

The Riverwalk has been talked about for several years with much media coverage, Carpenter said. A levy in Nov. 2020 passed in which voters approved a tax by a 2:1 margin to raise funds for improvements across the park district. About $110 million from that will pay for about half the cost of Riverwalk, the rest is from a $24 million US Department of Transportation grant, several other grants, and about $30 million in gifts from other major donors.