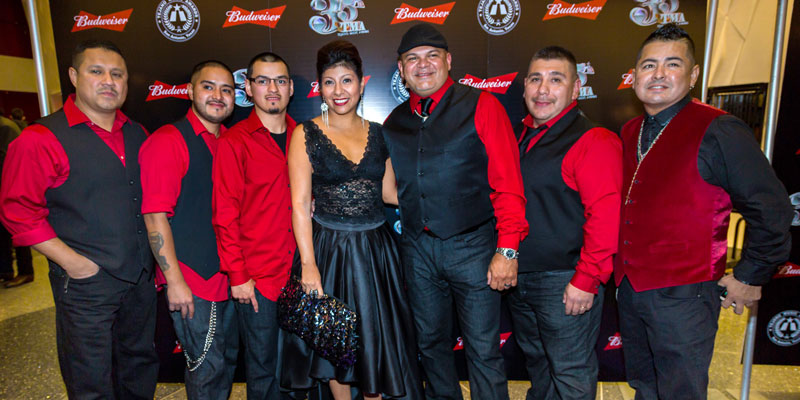 On October 24, 2015, a typical day for most of us, Yvonne Ramos-Ybarra, received a distinguished honor: Best New Female Artist at the 35th Annual Tejano Music Awards (TMAs). Today, the musician recounts winning this well-deserved award, her family’s influence on her musical career and her band’s future plans.

Yvonne’s singing career began when her father forced her to sing in his band. As any teenager might react, Yvonne thought her dad was uncool for it. And now, she now looks back and appreciates the opportunity.

“I’m constantly striving to be a better vocalist and musician. I want to make my family proud,” said Yvonne.

As an adult, Yvonne has continued the tradition of musical influence in the family, saying, “I even married a man in the same music. He understands.” Her husband, Michael Ybarra, created their band Yvonne y Fuego, and is the keyboard player and musical director. When asked what it’s like to be married and perform together, she laughs and says, “He and I are the ones that go head to head. He’ll say, ‘What was I thinking?!’”

In spite of her hard work, Yvonne is still shocked by her win. It’s understandable how unbelievable this moment may be. Selena, arguably the most well-known Tejano singer, was also honored at the start of her career as Best Female Vocalist by the TMAs.

She describes how significant the award is for a Tejano band from the Midwest. “For so many years, [Texas] has been a little territorial about their music. But internet and internet radio blew the doors wide open for people from other parts of the country.”

Now that the celebration is over, Yvonne and her band are shaping their goals for the future. “We have to raise the bar. Next year, we’re [hoping] to go back for the more established [award] categories.” She adds, “It’s a challenge for us to push ourselves and work for something.”

Yvonne y Fuego’s debut album, Nosotros, was recorded with local music producer Roland Revilla, and the band is currently in pre-production with Revilla for their second album.

For more information on Yvonne y Fuego and to download their award-winning music, visit YvonneyFuego.com 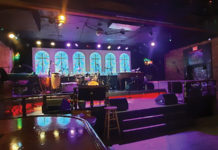