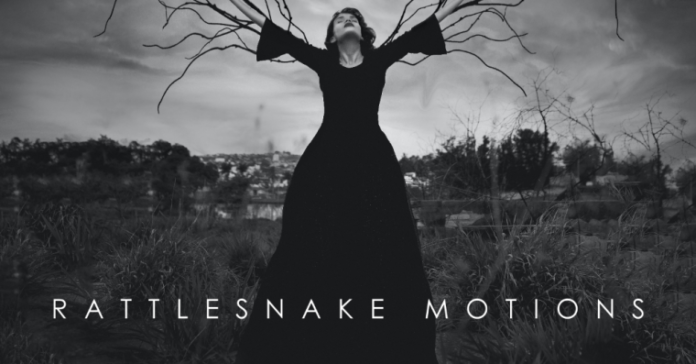 Bands and musicians often change style as they progress through their careers, but it’s unusual to hear someone play an entire album and never once copy a style of music. Andrew Adkins’ newest release Rattlesnake Motions, spans a plethora of musical genres, all sounding enticing and original.

It makes sense for Adkins to have a diverse album. Through his career he has worked with various bands and his music has been used in soundtracks for documentaries and science fiction.. Adkins talked with Toledo City Paper about the album, his past and the future of his career.

Adkins was born in Defiance, Ohio and graduated from high school in Paulding.  He now resides in Nashville. Playing in the bands Mellow Down Easy and Lions for Real, he was introduced to the entertainment industry, and he’s been part of it since. His newest album is a solo endeavor. Adkins confessed, “I listen to so much music – I’m all over the map.”

“Honestly, I just write and record and don’t think about it. So, a lot of what comes out in my music is just a mixture of what inspires me. When I sit down to write, if my head is clear, along comes an idea.” Those ideas are tracks on the album,  tracks like “Mysterious Engines”, a synth-heavy nod to the eighties, and “Random Cloud Patterns”, which sounds like a Ringo-inspired Beatles song. Adkins explained of his ideas, “where they come from I couldn’t tell you; it’s the closest thing to magic that I know.”

That magic is singularly Adkins.“Most of my songs start with a guitar riff or chord progression,” Adkins said, adding, “From there I start building the drums, rhythm, bass and so forth. Lyrics usually show up last.” 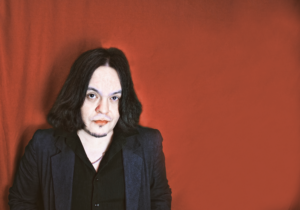 The Art of Anxiety

Though the album has fun moments, there is an anxiousness to it, due to Adkins’ feelings while creating it. “I made a conscious effort to leave the road for 2019 to focus on writing and recording new music, then 2020 happened. Once 2021 rolled around and I started writing and recording new music, a lot of it ended up in Rattlesnake Motions. Years prior I started to experience a bit of anxiety; with the new album but I started getting offers for shows and tours and I just did not feel like going back on the road.”

Adkins explained that “I just felt so comfortable in the studio and focusing on writing I didn’t feel the need or want to go back out (touring) anymore.” Rattlesnake Motion is currently available on Sound Cloud and other music apps. Listen to one song, “Quebrado,” a hard-strumming funk tune that Adkins called “the quirkiest song on the album.” In an album full of fun and quirk, that truly means something.

You can find Andrew Adkins’ music at soundlcoud.com/andrewadkins