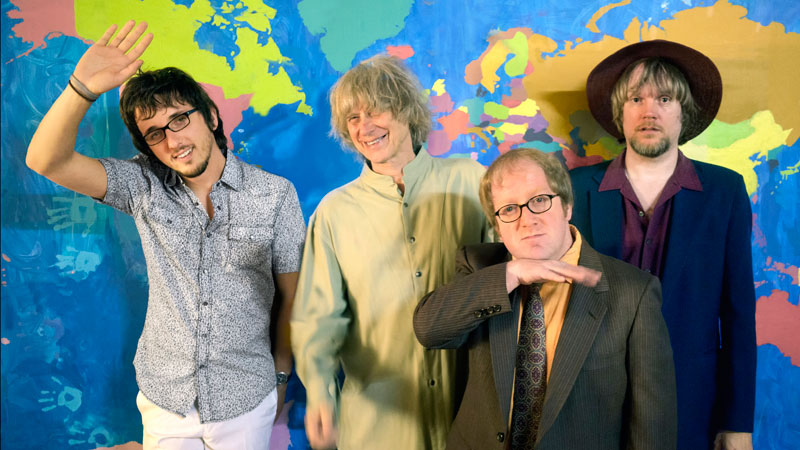 Somehow, Scott Ligon knew from the first time he heard the group that NRBQ would be a big part of his life.

He’d grown up in a musical family— most everyone played an instrument or was a songwriter— and had been a professional musician himself since sixth grade. But Ligon had never heard of Terry Adams and his legendary New Rhythm and Blues Quartet until, one day, his older brother played their live album, God Bless Us All. He was transfixed.

“Everything changed for me. I felt some strange kinship with these guys, and particularly with Terry. He just seemed so familiar. And so I just started buying every single record, that was simultaneously brand new and yet somehow very familiar.”

Now, three decades after he first became a fan, Ligon finds himself playing guitar and singing lead vocals for the latest rendition of NRBQ. Having toured together for 10 years, the band will bring its distinct blend of rock, jazz, folk, and blues to Howard’s Club H in Bowling Green on Saturday, October 28.

The original NRBQ formed in 1966 and (with a few lineup changes) would tour for over 30 years before going on hiatus in 2004 after Terry Adams was diagnosed with throat cancer.  With cancer in remission, Adams was hoping to tour once more but found his old bandmates weren’t necessarily eager to hit the road again. He began to play shows with other musicians, including one in Chicago in 2006, opened by a group featuring Scott Ligon.

“I just got an opportunity to have a little time with Terry to talk a little bit,” Ligon said. “We talked, played some music and, I don’t know, we just had a nice little moment there.”

Ligon must have made quite an impression— only seven months later, he received a voicemail from Adams that would change his life.

“It was kind of a shocking moment for me. I’d sort of idolized these guys for so long, to get that call— it was a shock but also strangely expected in some weird way. I guess I always thought that something like this would happen.”

The new group, formed in 2007, was originally the “Terry Adams Rock and Roll Quartet,” but Ligon suspects that Adams always planned to eventually rechristen the group as soon as they got used to playing together. By 2011, Ligon was officially a member of NRBQ, touring with what has been described as the best bar band in the world.

“I much prefer that kind of setting for making music,” Ligon said of small, intimate settings like Howard’s Club H. “I think that’s the most effective way of moving people— all being in there together and having a shared experience through music.”

Above all, though, Ligon hopes fans get an evening of fun, music, and joy— the same kind of transcendent feeling he got when he first was introduced to NRBQ all those years ago.

“Our jobs, with everything that’s going on right now, are clearer than ever. And that is, let’s give people an opportunity to forget their troubles for a few hours and really have a great time.”