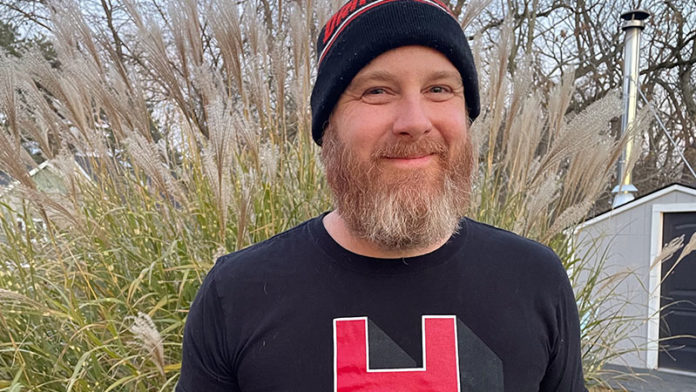 Heavy is not a descriptor of the beer, but rather those who are heavy into beer. Dave Ayling, the head brewer and co-founder of Heavy Beer Company, partnered with the minds behind Toledo Spirits to form a venture to create craft beer. In 2021 they opened Heavy Underground, a taproom in the basement beneath Toledo Spirits Bellwether on North Summit St.

Not even a year old, Heavy is already expanding into a building at 13th and Adams Street with the goal to move beyond the taproom to something that’s experiential with three floors including music events, an arcade, Toledo’s largest rooftop bar, and a non-profit diner where foodies can work to launch their own brands. They’ve moved into The Wheelhouse at Oak Openings, changing the name to The Heavy Wheelhouse, set to open in mid-January. Alying envisions the new Heavy Wheelhouse as a place where people can celebrate their victories, have fun, and share stories after a bike ride or a hike in the park.

Alying worked in marketing and advertising in Chicago before returning to Toledo to work with Root, Inc., but brewing beer has always been his passion since he got his first home brew kit and made his first batch of black lager beer in his Chicago apartment. Ayling explains, “The overall big idea of Heavy is that we want to live heavy — if you’re going to do something, really do it. Get heavy into it. There’s a note on my white board in the brewery that says the world’s best beer starts here, and it’s the guideline for every decision I make as a brewer.”

“Breweries,” says Ayling, “are a great place for community activities.” Heavy Beer Company even has Heavy groups — sign up on their website to have your group meet at Heavy Underground, and receive discounts on beer and food. HEAVY’S mantra:“If you’re HEAVY into it, we’re HEAVY into it.” We want to know what our guests are passionate about and find ways for people to pursue those passions!”