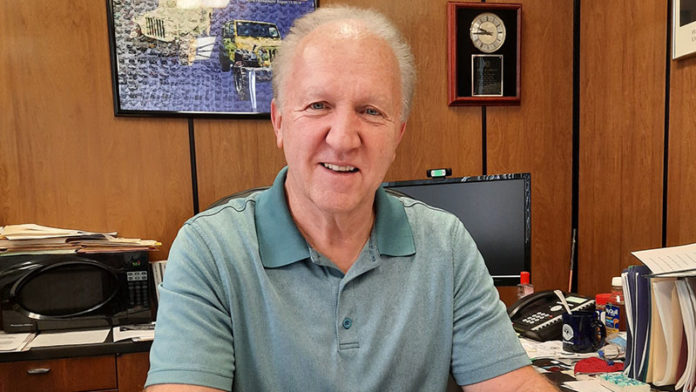 President, UAW Local 12
Why You Should Know Him: One of the driving forces behind Toledo Jeep Fest, which is aiming to draw attendees from all 50 states in 2022.

The president of UAW Local 12, Baumhower has been one of the organizing committee members of Jeep Fest since the event was first held in 2016. As the event has been held fairly consistently over the past few years (with a couple years off, one due to COVID), it has grown by leaps and bounds over time.

It’s not just the size of the crowd that Baumhower expects to be bigger than ever before— it’s the event as a whole. For one thing, the committee has announced a goal to attract attendees from all 50 states, in commemoration of the fifth edition of Jeep Fest.

In addition, the committee plans to introduce a new mobile app that can provide guidance for visitors, as well as introducing a campsite so visiting fans can have a place to stay nearer to the event.

“A lot of Jeepers who off-road, they are also campers and they have been asking us when they come to Toledo, ‘Is there a place where we can set up camp?’ So we’re looking at the Middlegrounds area to do that.”

For Baumhower and the other members of the Jeep Fest committee, the commitment to the event is a year-round job, but one they gladly do to shine a light on not only Toledo’s trademark vehicle, but the Glass City as a whole.

“The cards and the letters that we get from people from all over the country that tell us, ‘I didn’t know anything about Toledo, Ohio, but I came to your Jeep Fest and we’re lifers now! We’ll be back every year!’ There’s people who make [Jeep Fest] their family vacation now.”