Banana Mob Rule: Produce, Blackmail and the Mafia in Ohio 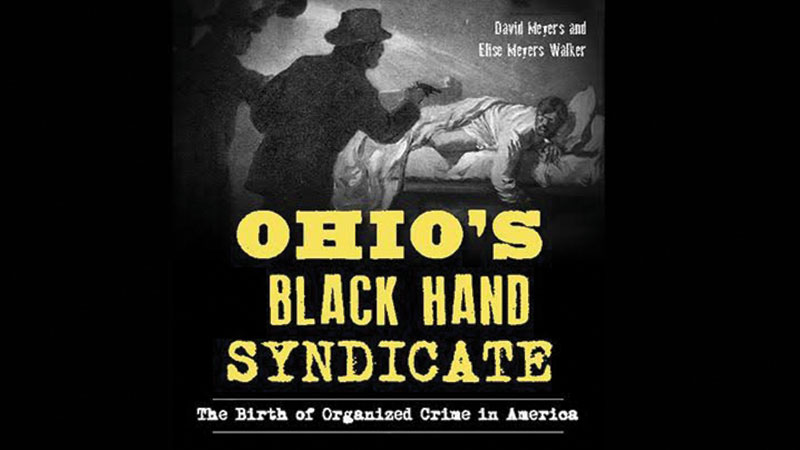 Discussions about the mafia or organized crime, generally don’t connote bananas. But, one of the country’s first mob organizations may have been called The Society of The Banana. Weird historical tidbits like this fill the pages of Ohio’s Black Hand Syndicate: The Birth of Organized Crime in America, a new book published by Arcadia Press, that looks at the rise of organized crime in Ohio, thanks to the John Amicon Brothers and Company fruit store in Marion.

The authors, father and daughter duo David Meyers and Elise Meyers Walker, have written about the state of La Mano Nera (aka the Black Hand Syndicate) in Ohio at the turn of the twentieth century. Ohio’s Black Hand Syndicate details crimes committed by the group, various blackmail letters sent to wealthy Italian immigrants and identifies locations around Ohio where it all took place.

Originally the book was to be a chapter, but David Meyers explained that while he and Elise were researching their book Wicked Columbus, Ohio, they came across the mention of The Society of The Banana. “Most people, even those who knew local history, had never heard about it,” David explained. Newspaper clippings revolved around arrests made in Marion, Bellfontaine, Cleveland, and Columbus, connecting produce store owners with a nationally-known extortion group dubbed The Black Hand.

Immigration, a major focal point of the book, pertains to most every aspect of the Black Hand. Many claiming to be in the Black Hand were criminals who had emigrated from Italy, where they heard stories of mafiosos getting money from wealthy business owners by sending them threatening letters. So, upon arriving in the country, they’d make the same kinds of threats, which invariably led them to deal with police. “They came from a country where mayhem was law,” David said, “and it was hard for them to deal with authority, not having dealt with it back in Italy.”

Ohio’s Black Hand Syndicate centers on an important question: was The Black Hand a real organization, or just a boogeyman used by thieves to extort money, and by authority figures to direct blame for immigrant crime? The book does a great job of showing the roots of organized crime in Ohio, tales of redemption for some of the criminals and a revelation of The Black Hand, and The Society of The Banana.

In addition to online sales, this book is available in Toledo at Barnes & Noble.