When the sign on Quenched and Tempered Brewing Company’s taproom door on 1210 Jackson Street in Toledo was hung, it read “Coming Soon” with the year “2020” written below. After navigating the hurdles of trying to open a taproom during a global pandemic, Quenched and Tempered decided it was time update their sign which now reads “2020’s.” According to Quenched and Tempered’s Alex Drozdowicz, this was their way of cleverly coping with the uncertainty of the past 2 years.

“We were originally hoping to open in 2020,” Alex said. “Now, we just put an ‘s’ on it. It was a way for us to laugh at ourselves. We have set lots of dates— this one seems reachable.”

Stymied by the Pandemic

Quenched and Tempered initially signed their building lease in 2019. Unfortunately, there was no way for them to know what was to unfold in early 2020.

“Had we known what was about to happen, we would have still done this, but we would have done it differently,” said Quenched and Tempered’s Ali Drozdowicz. “Now we are just chasing and trying to catch back up.”

With the challenges of opening a taproom during a pandemic, Quenched and Tempered needed to pivot, choosing to focus on canning and distribution of their brews. The brewery’s beer offerings span the gamut of styles, from their New England IPA One-Legged Brewer to Oaty McOatface which is their oatmeal stout. According to Alex Drozdowicz, this helped maintain momentum for the taproom.

“It was really important for us to keep our brewing facility operating,” Alex said. “We figured if we couldn’t move our taproom forward, we’d need the brewing facility to keep us afloat. And with restaurants shut down, canning was pretty much all we could do so we focused our energy there.”

“We are getting to the point where we are done with almost everything we can control,” Sankovich said. “We’ll soon be waiting for permits and inspections which will be the final step before we are able to start pouring pints. It’s actually hard for us to believe we are finally getting to this point.”

Quenched and Tempered’s Jackson Street location has the unique opportunity to help create some connections/bridges between different downtown areas. According to Sankovich, the location was immediately appealing.

“We are kind of off the beaten path a little bit, but not out of the way,” Sankovich said. “The city has been really excited about our opening as a way to connect uptown, the warehouse district and the ballpark.”

The other benefit of opening their downtown location, according to Alex Drozdowicz, is being able to add another brewery to the downtown brewery community.

“Having multiple breweries downtown helps us all,” Drozdowicz said. “The breweries in Toledo are a tight-knit community. They all seem to recognize and believe that having clusters of breweries will make us stronger. It’s not a competition.” 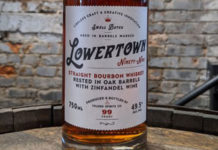 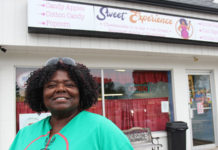 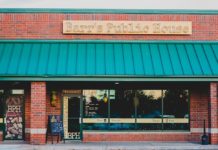 A Decade of Delights