Despite selling out the Huntington Center when big country stars come to town, Toledo doesn’t have— or now we should say, did not have— a designated hangout spot for country music fans after the show.

Owner Paul Swanson explains, “There isn’t enough country in Toledo, so I wanted to start that here at Chevy’s.”

Working up the ladder

Born and raised in Toledo’s north end, Swanson grew up listening to country music while working in local bars and restaurants. After nearly a decade gaining experience, he combined his passion for the hospitality business and his love for country music to open Chevy’s Place.

“Honestly, it’s just because I love Chevy’s,” Swanson laughed, referencing the name. He still maintains an old Chevy from the 70’s, preserving that history. 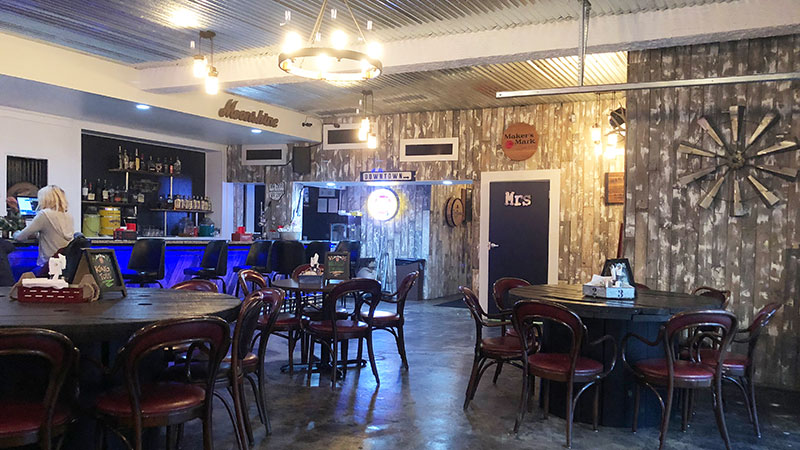 Western motif meets sleek and contemporary at this cozy joint, creating an attractive space for customers to enjoy a quick drink alone or to settle in with a group to chat over shareable grub, all while boot scootin’ to country tunes played at a reasonable volume.

Hanging overhead are wooden wagon wheel light fixtures, like you might find in Western movies, alongside modern fixtures featuring Edison bulbs. Farmhouse decor, with a soft palate of blues, greys, and black, provides a comfortable feel. “I knew I wanted that element,” Swanson said.

Even for those that can’t call themselves country music fans, the inviting atmosphere and Southern hospitality will make them feel warm and welcome. Swanson sees customer service as vital for a successful bar and he takes pride in how his staff, as a team, treats customers. And it shows. From the moment we walked in until we left, Swanson was welcoming, professional, and accommodating, all in the pursuit of providing excellent service.

Tastes from the South 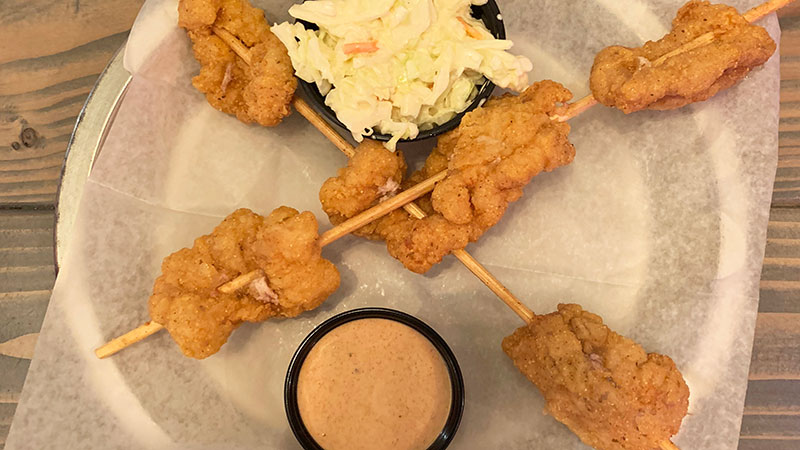 We ordered the gator bites and loaded tots. Unfamiliar with alligator as a menu item, I was a bit intimidated. The presentation was attractive, and I can’t deny my love for fried foods (every once in a while), so I gave it a try and was pleasantly surprised. Forewarned that the texture of alligator is chewier than chicken— something that could turn people off— I found it pleasant, despite being texture sensitive. The taste was enhanced by the accompanying homemade hot bbq sauce. 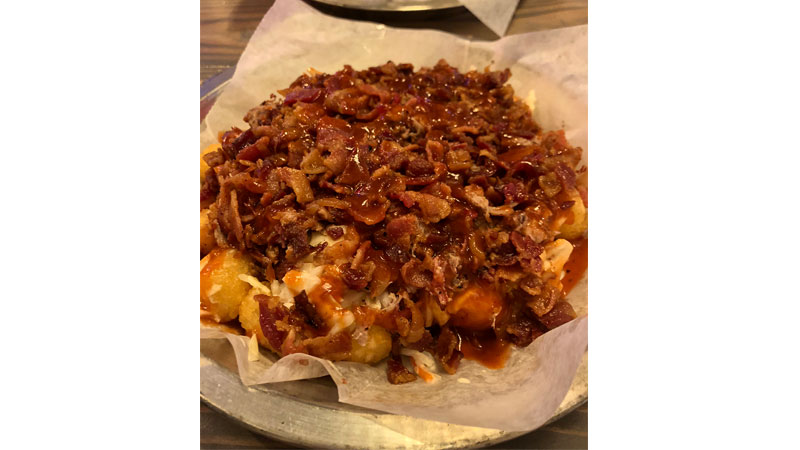 The hearty helping of loaded tots were to die for, the perfect appetizer to pass around the table. Despite being smothered in pulled pork, coleslaw, bbq sauce and bacon, the tots didn’t become soggy, maintaining their crispiness. 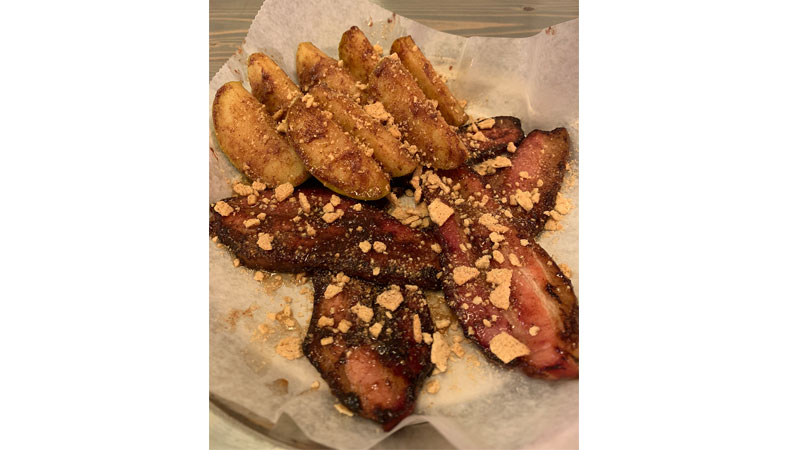 As for the apple bacon crisp that we ordered for dessert, which Swanson describes as “just like an apple pie, but with bacon,” we must agree. The dish, an original recipe created by Swanson’s cooks, mixes sweet apples with the smokey flavor of thick-cut bacon slices and syrup. The warm bites are a tantalizing treat, enticing you to continue to dig in.

Get to Chevy’s soon to keep your engine purring.