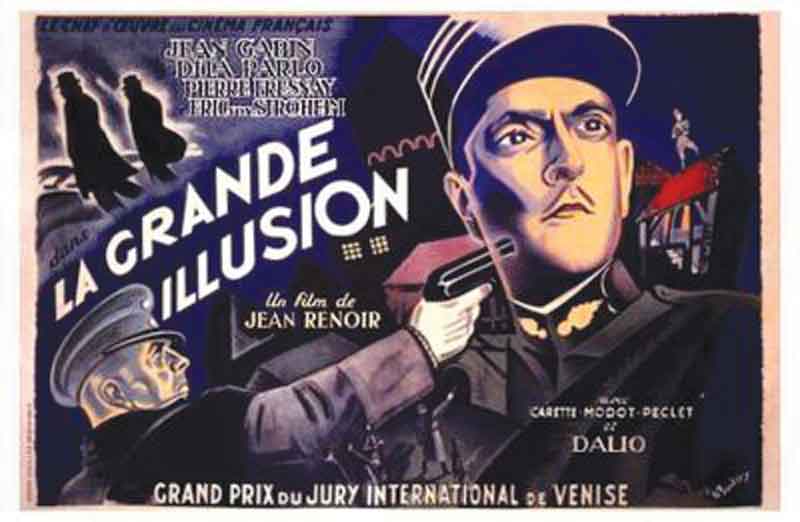 The 1937 French war film La Grande Illusion, directed by Jean Renoir, tells the story of a small group of World War I prisoners as they plot their escape. In 2010, the film ranked #35 in The 100 Best Films of World Cinema, according to Empire Magazine. The motion picture is filled with underlying political themes, from examining the rise of fascism in Europe, the approach of World War II and the belief that war ultimately accomplishes nothing.