From Klinger’s love for his hometown to Jack Griffin returning to the Glass City in A.P. Bio, Toledo has been cast in film and television for decades. Here are nine trivia questions to test your pop culture mettle about the ways our humble city has been depicted on the big and small screen.

Q: What famous NASA flight director, played by Ed Harris in Apollo 13, was originally from Toledo?

A: Gene “Failure is not an option!” Kranz. Born in 1933, Kranz was assigned as flight director for all the odd-numbered Apollo missions, including Apollo 11 in 1969. The homemade vest Kranz wore as he helped guide Apollo 13 safely home is currently housed in the Smithsonian. 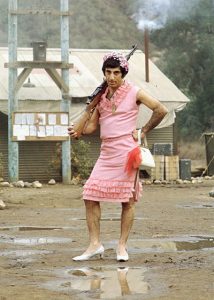 Q. By the end of M*A*S*H’s 11-year run, what Army rank had Maxwell Q. Klinger attained?

A: Sergeant. He was famously a Corporal for much of the series, but Toledo native Klinger (played, of course, by real-life Toledo native Jamie Farr) had been promoted by the time the finale aired in 1983. Although Klinger frequently mentioned Toledo and made area mainstays like the Mud Hens and Tony Packo’s famous, the city itself only appeared in one scene: A dream sequence showing Klinger on a deserted street.

Q: In what 2008 football comedy was it announced that the Duluth Bulldogs had been defeated by the Toledo Bullets?

A: Leatherheads, George Clooney’s film about the early days of professional football. Set in 1925, the movie was very loosely based on actual events, but no actual names or teams were utilized. The Bullets in question may have been based on the real-life Toledo team the Maroons, but that squad was disbanded in 1923. 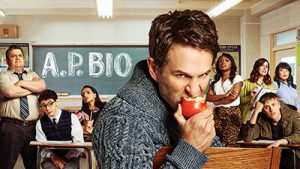 Q. At what fictional Toledo high school is Jack Griffin forced to take a job on the NBC sitcom A.P. Bio?

A: Whitlock High School, home of the Rams. Although the show is not filmed on location, some footage of the Toledo Walleye was shot at the Huntington Center, and a variety of area icons are name-dropped. (Series creator Mike O’Brien is a graduate of St. John’s Jesuit High School.)

Q. In a first season episode of the long-running CW thriller Supernatural, the Winchesters travel to Toledo to track down what urban legend?

A: Bloody Mary. Sam and Dean may have visited Toledo only once officially, but the spirit of the city often surrounds them: Series creator Eric Kripke is a Sylvania Township native, and inserted references to the Glass City in numerous episodes.

Q: What famous documentary filmmaker impersonated the head of a news crew from Toledo in an effort to secure an interview with GM chairman Roger B. Smith?

A: Michael Moore, in his breakout 1989 documentary Roger and Me. Although he was largely unsuccessful in his efforts to talk to Smith and bring him to Flint, MI, the film launched Moore to stardom and became the highest grossing documentary of all time (later surpassed by Moore’s own films Bowling for Columbine and Fahrenheit 9/11). 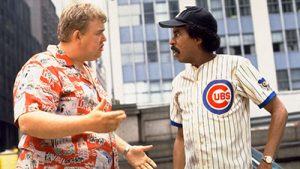 Q: What fictional manager of the Toledo Mud Hens is tapped to lead the Cleveland Indians in the classic 1989 comedy
Major League?

A: Lou Brown. Played by gruff-voiced character actor James Gammon (who passed away in 2010), Brown’s no-nonsense attitude and rascally spirit made him one of the film’s most memorable characters. Brown returned for the sequel Major League II, but not in sequel/spinoff Major League: Back to the Minors.

Q. What legendary comedian played a minor league baseball player— who spent one year with the Mud Hens— in the 1985 comedy Brewster’s Millions?

A: Richard Pryor. The film, directed by Walter Hill and co-starring John Candy, is one of over a dozen movies made based on the same source material, a 1902 novel by George Barr McCutcheon. The novel was also adapted into a Broadway play and a musical version, Zip Goes a Million. 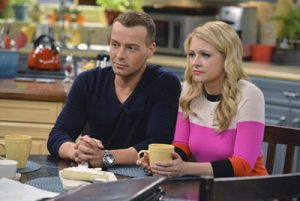 Q. In the Toledo-set sitcom Melissa and Joey, Melissa repeatedly brags that she was the youngest person in city history to be elected to what position?

A: City Council Member. Unless Melissa was elected at a VERY young age, real life may have her beat: Current mayor Wade Kapszukiewicz was only 26 when he won a seat on City Council, the youngest member in a quarter of a century.