“Everyday I blow a kiss in his direction,” Earlean “Queen Cookie” Belcher tells me, talking about a photo of her grandson, Ajané “AJ” Burt, that she keeps in her china cabinet along with other remembrances of him. She lost AJ to suicide in February 2017. Belcher, a local comedian, is currently producing a documentary about Burt, his life, his death and his struggles.

The trailer for the documentary, A Cry for Help: the Ajané Burt Story, begins with a social media feed of Burt speaking to the camera. “I know I’m just like my Mom,” he says, “She couldn’t survive, she couldn’t make it through the struggle. I’m going through the same shit but even worse.” Not long after the video was recorded, Burt took his own life, just like his mother had 14 years earlier. It is a powerful trailer, foreshadowing a powerful film.

Belcher has many reasons for producing the film. One is to share Burt’s story so that others dealing with similar issues might seek help. “Sometimes we can’t deal with life by ourselves,” she says, “we need help, and it’s not being weak.” A point she feels is especially important for young men, who “have always been told ‘you don’t cry, buckle up your bootstraps and keep going.’”

She also hopes it will inspire others to take action when they see the same signs in a loved one, imploring us to “try to reach out to them with not only your love but also remember to not abandon and reject them. When you see a troubled person, there’s a story behind that trouble. Because we all have a root to our lives it didn’t just -BAM- happen over night.” She also speaks about how important it is for us to develop “tools” to help us through the difficult parts of life.

The idea for the film came about while Belcher was visiting Burt’s friends and family in San Antonio and Santa Rosa, Texas, where her grandson is buried with his mother. During a suicide prevention march in Toledo, Belcher states “It dawned on me that to rechannel my grief I had to do something in order to help others that are struggling with this thing called life.” She had made two earlier documentaries about Burt before she found Marcus Reyes, a director in New York that loved the idea of the film, currently entered in four film festivals. Belcher plans to host a local screening in Toledo, as well as one in San Antonio. 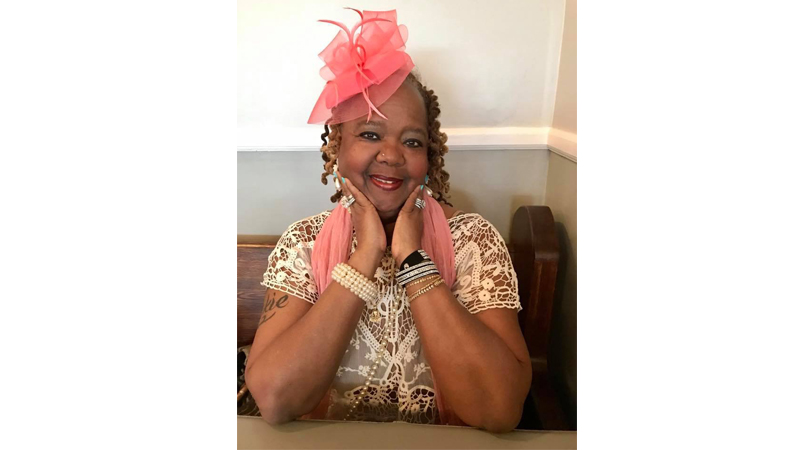 Burt was a “very happy child” according to Belcher, but his life quickly became filled with trauma. His mother abruptly left Toledo with Burt to move closer to her family in Texas. He spent his early life moving back and forth between San Antonio with his mother and Toledo with his father and paternal grandparents. His mother, who suffered from mental issues and substance abuse problems, took her own life when he was twelve. He was the oldest of her five children but the only one sent to foster care. His family didn’t visit while he was in foster care, which caused him to feel rejected by them. “How would you feel?” Belcher asks, “At twelve knowing and feeling like nobody wanted you. He held onto that. It festered. It caused bitterness. It caused anger. It caused loneliness from abandonment and rejection.” He quickly started experiencing depression, running away from foster care and cutting his wrists. He left foster care at 18. Like his mother, he developed a substance abuse problem. At twenty-five, he took his life.

By sharing Burt’s tragic story, Belcher hopes that she can save other lives from the same tragedy.