More than a toy: Toledo Aerial Media takes to the skies

It’s a bird, it’s a plane, no, it’s a high-tech drone! Any drones you see flying around town may be from the team at Toledo Aerial Media (TAM). Since 2015, The Toledo-based company, consisting of FAA-certified and fully insured commercial remote pilots and technologists, have been using drones and other aerial imaging tools for photography, inspections, thermography, mapping and much more— both in Toledo and all across the country.

A merger of ideas
The idea of modern TAM began as co-owners Phil Myers and Chris Aldrich operated two separate businesses. Chris ran Blacktip Aerial in the Florida Keys, while Phil ran TAM in Toledo. The pair had known each other for years, and often shared their insights and ideas.

“We were basically building our company in parallel,” said Chris. “We talked regularly – he would try things there and I would try things here.” In 2016, Chris moved to Toledo and the two companies became one. Even after the merger, they still conduct day-to-day operations in the Florida Keys and travel there for projects and events.

Covering Events Near and Far
To date, TAM has covered thousands of projects and events. Locally, those projects include Toledo Mud Hens’ baseball games, the National Tractor Pulling Championships in Bowling Green and the annual Jeep Fest in downtown Toledo— they were the official aerial media provider during this summer’s event. Outside of Ohio, Michigan and Florida, their primary regions, TAM has operated in 24 different states. 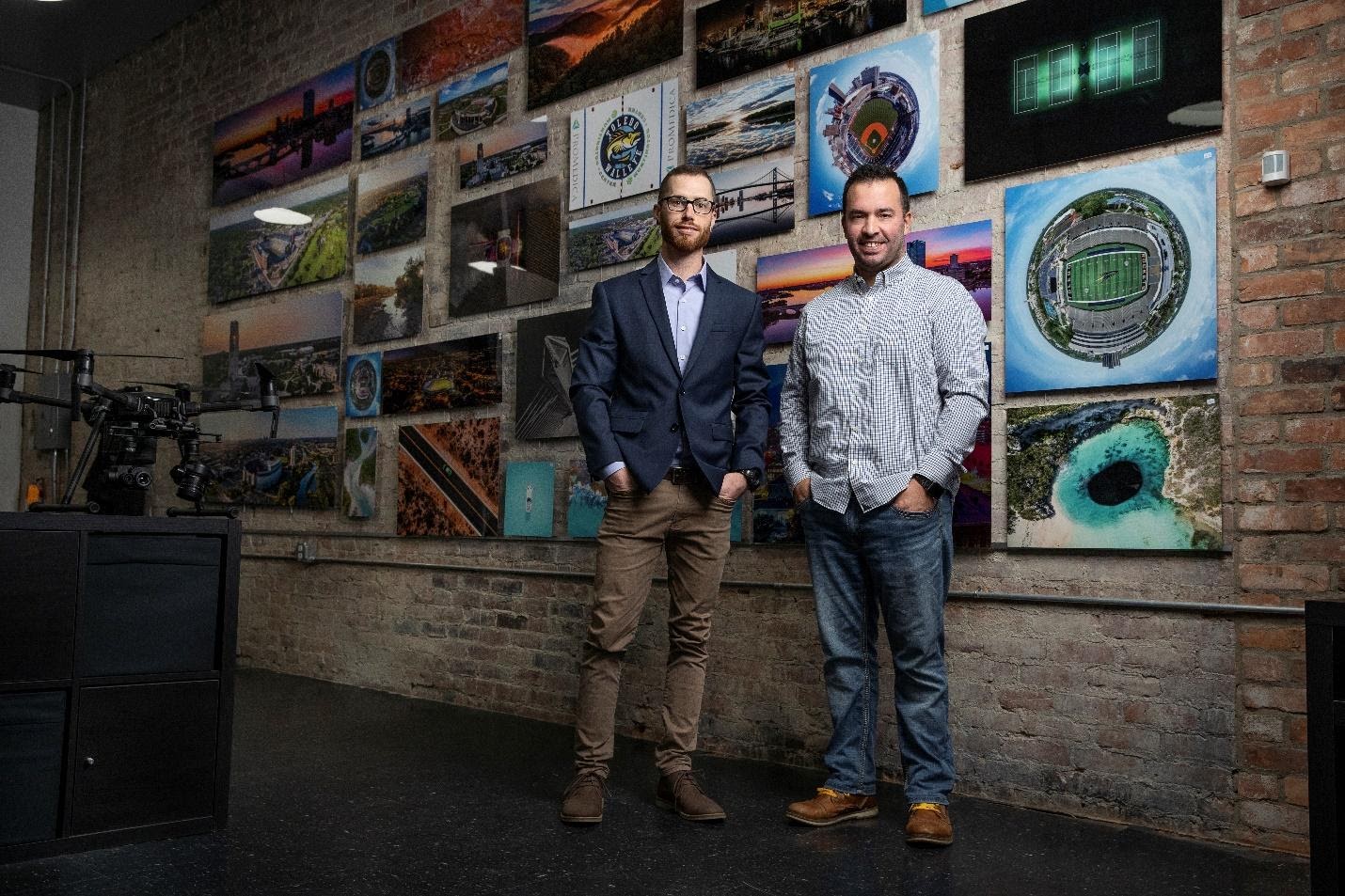 Not Your Ordinary Drones
According to analysts at Business Insider, the drone market is expected to grow to over $63 billion by 2025. Drones are utilized for agriculture, construction and mining, insurance, media, telecommunications, and law enforcement purposes. To respond to those growing market trends, Chris and Phil have invested tens of thousands of dollars in equipment to offer their clients up to 6k UHD resolution imagery and 20+ MP photos through time-lapse, hyper-lapse, 360-degree perspective, and more.

“We are an aerial-centric business but that’s not all we do…we’re also a complete media production studio, to meet the needs of our clients,” said Chris. “While we got our start using drones and even though we use drones for a majority of our work, we also use manned aircraft to provide speed and adaptability that drones cannot achieve.”

Putting Safety at the Forefront
“Safety is priority number one at our business,” Chris stated. Prior to launching a drone, the team goes through protocols to satisfy legal and safety obligations which sometimes requires obtaining certain waivers and authorizations through the FAA. “We hold a lot of different authorizations to operate in controlled airspaces across the country,” Chris added.

While flying, one team member actively monitors civilian and military aircraft while another serves as a second set of eyes and ears for the person who is piloting the drone. Each drone has a built-in homing device in case the radio connection is lost. If that happens, the drone will immediately rise to a preset altitude and self-pilot itself back to the nearest safe landing spot.