Saluti! Poco Piatti has reopened downtown at 329 N. Huron St., after a long period of hosting only private events. Enjoy the flavors of the Mediterranean along with a full bar of cocktails, wine, sangria and more. Poco’s other locations, in Perrysburg and Sylvania, both remain open as well. pocopiatti.com

Bowling Green State University’s Center for Regional Development has received a $140,000 grant from the U.S. Economic Development Administration. The money will be used to aid the Center in its mission to attract new businesses to Northwest Ohio and to grow the area’s workforce. bgsu.edu

For party decor and baked treats, contact the creators at Artsy Boutique Store. Featuring some jaw-dropping cake designs, the team at Artsy will make any event you hold a delight. facebook.com/Artsy-Boutique-Store

Chef Carlos Mendez announced that Carlos Que Pasa at 3137 W. Central Ave in the Cricket West Shopping Center will close, for the time being, due to the establishment’s workers returning to previous jobs. Mendez announced that the location will likely soon reopen with a new theme, featuring vegan street tacos. carlosquepasa.com

The Nutrition Spot has opened a new location downtown at 215 N. Summit St., featuring healthy and energizing shakes and teas. The Spot also will soon move its storefront on Secor Rd., as well, though the new location has yet to be announced. facebook.com/thenutritionspot419

Falcon fans of the garbage salad can rejoice, as the Bowling Green location of Grumpy’s Food and Drink has opened. The new location features all the favorites Toledo diners have come to love, as well as “The Falcon,” a breakfast special. grumpys.net

Frozen yogurt and bubble tea are featured at Poke Yogurt, located at the Executive Marketplace Shopping Center at 3550 Executive Pkwy., #4.

Hot downtown social club TolHouse has upped its cool factor with the in-house opening of Lucille’s Jazz Lounge this winter. Lucille’s will present jazz, blues and Latin music performed in a cozy and welcoming atmosphere. tolhouse.com

Fire Station Grill announced that the Maumee eatery has temporarily closed due to staff issues. Gift cards can be redeemed at either Mail Pouch Saloon location.

Lume Cannabis opened its 28th store in Michigan in December at 15391 S. Dixie Highway in Monroe. The chain aims to have 100 adult-use stores open throughout the state by 2024.

Buy, sell or trade for some of the freshest kicks in Toledo at City Wide Soles at 5553 Monroe St. in Sylvania. Search “City Wide Soles” on Facebook.

CORRECTION: An earlier version of this article listed Bobcat Bonnie’s at 152 N. Summit St. as having opened for business. The opening has once again been delayed. We apologize for the error. 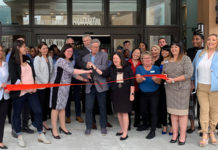 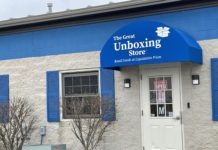