But he’s hitting a home run

If you know Toledo history, you know the Libbey Glasscutters. And if you don’t, where have you been?

From 1965-1969, the Single-A baseball team threw a curveball at Toledo and became the unofficial heroes of hot summer nights. The Glasscutters hosted raucous games that were filled with wild antics, pet chickens and adoring female fans. They stole bases. They stole hearts. They were armed with a full roster of creative (read: likely illegal) ways to pick up a competitive advantage against whatever teams unfortunate enough to be pitted against them.

From spitballs to corked bats to good old-fashioned on-the-field insults, the Libbey Glasscutters were more than just a team— they were masters in the fine art of experimentation. 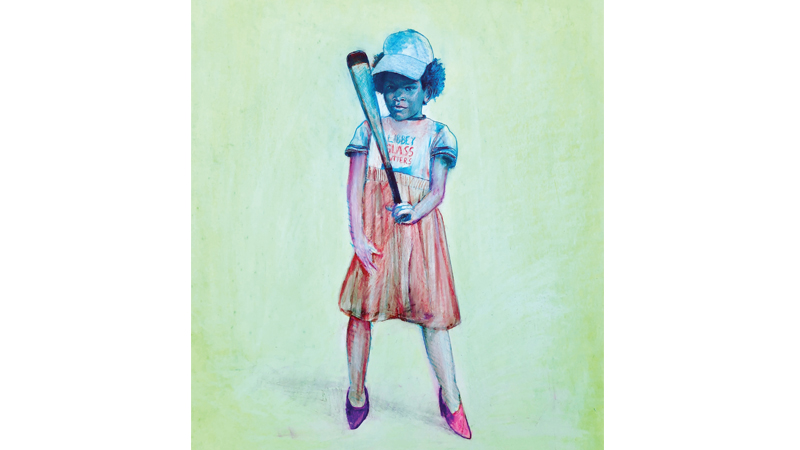 At least, that’s the story. And it is exactly that— just a story. The Libbey Glasscutters never really existed, but they are real in the creative work of Toledo-based artist Daniel Mauk.

“It started at SIP Coffee,” Mauk excitedly explains. “I was sitting with this guy there and we started talking about this fictional Single-A baseball team from Toledo that everyone loved. We started making up characters and The Libbey Glasscutters just grew from there.”

That was about five months ago. Since then, his brainstorming buddy moved on, but Mauk didn’t. He further developed his characters. Then he added more. Then he started drawing them. “The last four months I’ve just been feverishly drawing and coming up with characters. I just love the idea and I’ve had fun.” 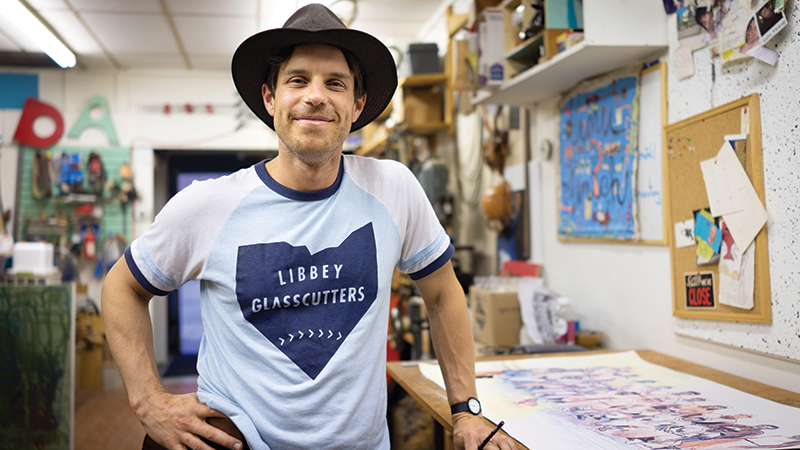 As a portrait artist, Mauk typically works on commission directly for clients. “When I work with people on that level, I’m telling the story of who they are. But the Libbey Glasscutters project is a totally new way for me to do a portrait.”

Instead of painting individual people, Mauk has been able to explore styles, experiment with colors, and find new subjects for his works. He scopes Instagram for eye-catching photos and works with photographers for portraits to work off of.

“The internet is a wonderful resource,” he says. “Often I’ll start with a photograph and change it up as I see fit. It’s really freeing. I’m not fenced in with specific colors. I’m not trying to make anyone specific. I have a process when I do portraits, but this project allows me to experiment with it. ” 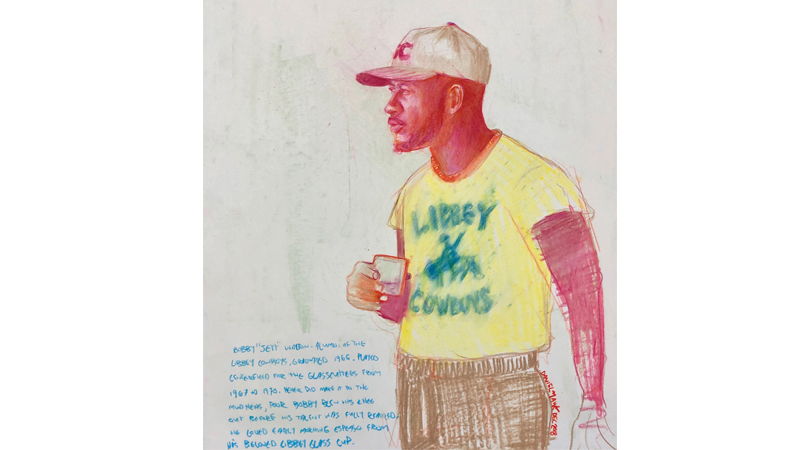 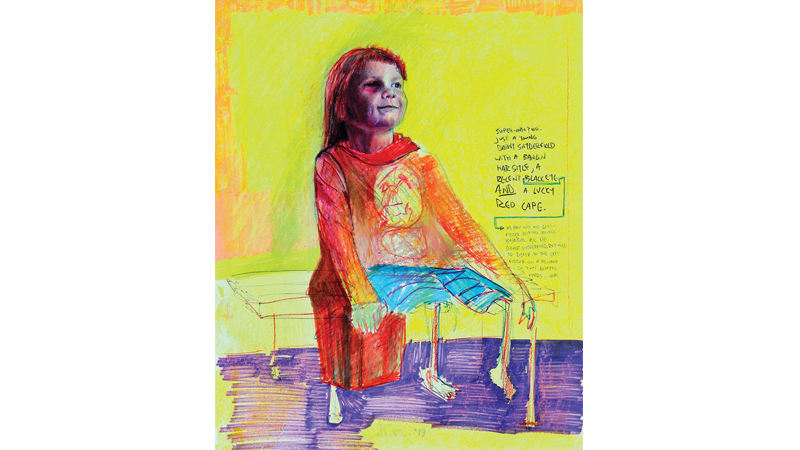 Mauk does not consider himself a writer, but his drawings of the Libbey Glasscutters prove his prowess as a storyteller. “I’m putting together the parts of a person,” he explains. “As I work, I start to ask myself, ‘Who is this person? What were they like? What facial expression would match their personality?”

The portraits, made with colored pencil and occasional spots of oil pastel, are realistically rendered but flirt with psychedelia and sport wild, unnatural colors. Hard lines that shape photorealistic faces fall into unfinished arms. Carefully depicted expressions are paired with vibrant colors and Basquiat-inspired shading.

This experimental aesthetic mirrors Mauk’s story of the team— on the surface, the Libbey Glasscutters feels familiar and real, but a more careful look exposes a fuzzy and blurred backstory.

“Their two main stars were shortstop, and heartthrob, Danny Snyderfield and star center fielder, Bobby “Jet” Walton, who was the heart and soul of the team, …” Mauk recalls convincingly. “There was also Bobby’s pet chicken who came to every game. And Cookie, the team’s unofficial fashion designer… she was a niece of Bobby. Also, Quinn, the bat girl…. And a peanut-counting accountant, Vincent…

But Mauk doesn’t want you to get too hung up on the details: “The pathos of the show is for the viewers to bring their own stories to who the Glasscutters were. I am intentionally providing few details about the characters because it is more fun for the audience to make up their own legend of who these rascals were.” 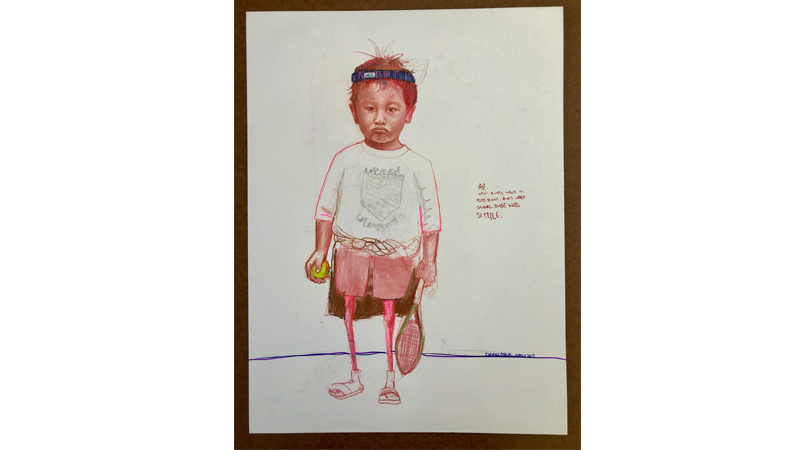