One of the most enduring—and endearing—characters in musical history, her sweet disposition and eternal optimism has resonated with audiences for over 50 years. And soon, Charity will return to a Glass City stage.

The classic 1966 musical Sweet Charity—written by Neil Simon and originally directed and choreographed by the legendary Bob Fosse—will be staged at the Toledo Repertoire Theatre, beginning June 1 for a three week run.

“Based on the story of a dancer for hire in a New York City ballroom,” explains director Debra Ross Calabrese, “she is the eternal optimist, looking at life with rose-colored glasses. All she wants is to be loved. She just has a problem picking the right people.”

The lead character’s feel-good nature (and memorable tunes such as “Big Spender” and “If My Friends Could See Me Now”) bolster Sweet Charity’s popularity and relevance long after other musicals of that era have faded from memory, according to Calabrese. “She really sort of reaches down to our soul, we just want have someone care about us, and care about someone in return.”

For Katelyn Leslie, the Rep production’s Charity, the role is a fit. Though she’d never seen the show before auditioning, when reading the script she found a number of connections with the character.

“I am very much like her— I’m a little socially awkward, in an unashamed way. I’m very extroverted, I love my friends, I love my family. I really am unapologetic about my positivity,” Leslie relates.

“She (Charity) doesn’t care what people think about her. She wants to be loved so much by anyone and everyone, but she’s not going to change who she is for that.”

The show relies on Leslie’s performance— her Charity rarely leaves the stage, except for intermission. Calabrese, who has worked with the cast since March preparing for the production, is impressed with how everything is coming together. “It’s a great mix of actors, dancers, singers. It’s constantly moving— the show doesn’t stop, not for one second. We roll from one scene to the next,” Calabrese said.

The production will straddle the old and new schools of theater. Set in the 1960’s, with choreography that evokes classic Fosse, this production will present a few modern technical advances.

“I’m letting the audience use their imagination somewhat,” Calabrese said of the staging. “We’re going to be using projections, trying to really modernize the performance.”

But the draw of Sweet Charity, for audiences, will always be the lead character and the actress who plays her. “I hope the audience has as much fun as I do! Because (the role is) an absolute blast,” Leslie said. 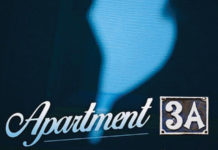 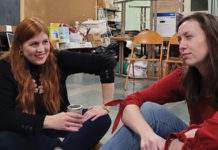 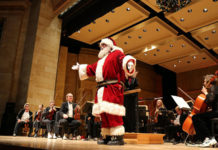