More than just an object of convenience, elevators have helped define the landscape of modern cityscapes. Reducing sprawl, elevators help us go up.

Without elevators, city living would be nearly impossible.

For inhabitants of 8th floor apartments in a building with a broken elevator: a silent prayer.

But, what do you really know about elevators, besides the time-saving ability they provide? For Jason Gwin, owner of Toledo Elevator, it is more than just a career, his family livelihood— for three generations.

In the early days, his grandfather was Vice President of Dover Elevator, leading to career opportunities for Jason and his father. After a job offer from Toledo Elevator, Gwin moved to Toledo to take care of the facility elevators at Mercy St. Vincent Medical Center.

“After a few years, the owner of Toledo Elevator offered me a job to do service and repair work in the field. I did that for about seven years, and then the company started to decline,” said Gwin. Considering his extensive knowledge about the business, Gwin knew there was an opportunity for him to step in and help save the company’s reputation.

“When the previous owner was backed into a corner, I knew that I could turn the place around. So, I offered to purchase it from him,” Jason said. And he did exactly that.

Established in 1954, Toledo Elevator has an impressive list of clientele, both old and new, from the Toledo Zoo and Jeep to Edison Plaza (17 stories, 1971), La Salle Apartments (11 stories, 1918) and all of Washington Local Schools.

Since acquiring Toledo Elevator in March of 2013, Jason has taken the company to a whole new level, both locally and regionally. Providing service to Northwest Ohio and Michigan, the headquarters recently moved into Uptown Toledo, and plans to connect with the local community through elevator service. With recent expansion in the downtown area, Jason aims to pick up where the company left off years ago.

Along with technical knowledge and the ability to maintain both antique and modern-day elevators, Toledo Elevator uses technology as a positive, inclusive asset. “One thing that we pride ourselves on is that so many of the worldwide elevator companies install proprietary equipment. That backs a customer into a corner, forcing them to use the given company for everything related to maintenance and their “set” prices,” Jason stated, “All the equipment we install is non-proprietary; not to hold the customer hostage.”

Toledo Elevator recently was awarded the opportunity to service the elevators at the new Ronald McDonald House and the soon-to-be-built new Greek housing at BGSU. “It is exciting to grow as a business along with the city. We hope to be awarded the contract to install the elevators at the ProMedica Ebeid Market, at 18th and Madison Ave.,” said Gwin. Toledo Elevator looks forward to networking with fellow neighborhood businesses as part of the UpTown Association, helping the elevator business become more involved in the community.

The company has also expanded business outside of the Glass City.

“We just took over the 40-story, Cadillac Tower in Detroit earlier this month,” Gwin said, excited to work on a building constructed in 1927. Adding to the growing list of classic, tall buildings in the Detroit area, like The Ford Building (23 stories, 1909) and the Penobscot Building (47 stories, 1928), which were also signed on earlier this year.

For Toledo Elevator, a newfound sense of local pride and integrity creates an exciting business that is more than just to get from one floor to another, it is about a sense of loyalty— and honesty. “I think, at this point, my favorite part [of being in the elevator business] is giving customers what they need and deserve,” said Gwin. 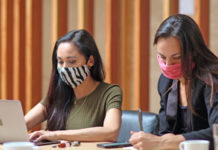 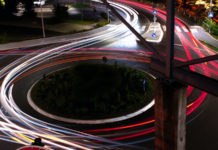 The Rise of Roundabouts in Northwest Ohio 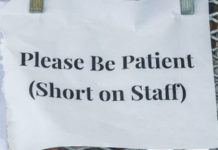 CITY SIDE: Closings and Shortened Hours: Inside Toledo’s Worker Shortage