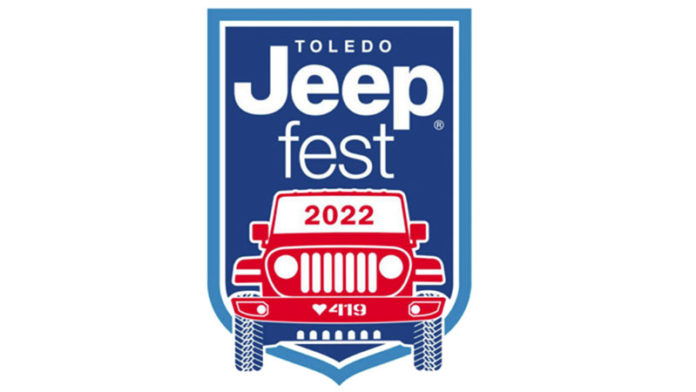 It all began in 2016. A group of Jeep enthusiasts in the Toledo area came together with a simple idea: A celebration of the vehicle that had been a staple of the American experience since it was first built here three quarters of a century prior.

“A group of us got together, UAW in particular, people in the city and county, and said hey, this is really a big part of our Toledo history,” said Jerry Huber, retired plant manager of Toledo Jeep and the chairman of Toledo Jeep Fest. “We need to celebrate the 75th anniversary. So we decided we would start with a parade and a car show and so forth.”

The first Jeep Fest was small, a half-day event, held on August 13, 2016. Festivities started at noon and ended by 6. But the response— from both Jeep fanatics and the Toledo community as a whole— was remarkable.

“It was kind of a shoestring operation, but it was so well-received in the community, northwest Ohio, and in what I’ll refer to as the Jeep community, because it was something to do locally that paid respects to not only the 75th anniversary of Jeep as a vehicle, but also that longstanding relationship in the community,” Huber said.

An annual celebration
Jeep Fest has now evolved into an annual event, held over two and a half days and featuring a slew of activities, from the trademark parade and vendor midway to a kids’ area and speakers honoring the history of the vehicle. The festival attracts sponsors such as the Dana Corporation, which has built the axles for Jeep vehicles since 1941.

Toledo’s annual celebration of this iconic vehicle is not unique— other Jeep Fests are held around the country— but Huber stated that the event’s downtown location gives it qualities that can’t be found anywhere else.

“(Attendees) have access to a lot of restaurants, a lot of entertainment and so forth, and the amenities that come with the downtown city environment, you can’t duplicate out on some beach,” he said.

Ready for the crowd
In 2019, it was estimated that Jeep Fest drew over 70,000 people to downtown Toledo over the course of three days. This year, even as people get used to attending large gatherings once more, Huber expects anywhere from 50-60,000 people will come to the event.

“The pent up enthusiasm to get outdoors and do things that we have done in the past is remarkable,” he said. “The renewed interest, not only from people who have participated in the past, but from people that have heard about the event and are reaching out to us this year and saying, hey, how can we get involved?

“The Jeep community is resilient, and they’re anxious to travel.” 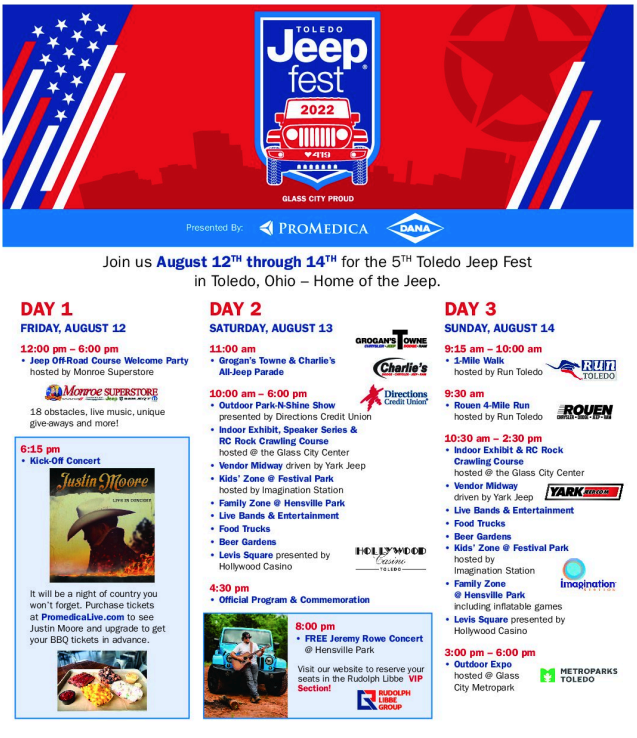 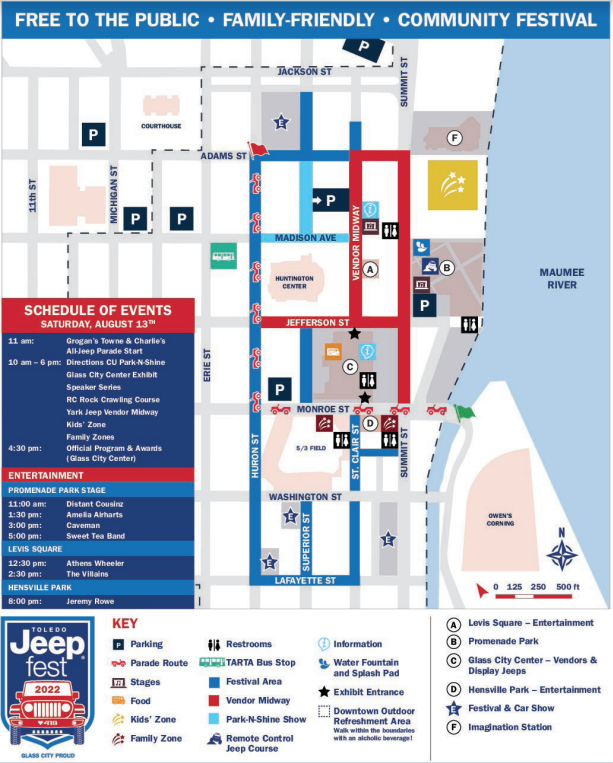