Since its inception in 1973, the Greater Toledo Community Foundation (GTCF) has provided approximately $290 million in funding to nonprofits in the northwest Ohio and southeast Michigan area, making it the fourth largest foundation in the state. In the past year alone, the GTCF has awarded $21 million to roughly one-third of all Toledo-area nonprofits.

As they prepare to enter their 50th anniversary year, GTCF invites local nonprofits to apply for the Equity & Access Initiative’s third round of grantmaking. The Initiative, established in 2020, revolves around four focus areas— advocacy, economic development, employment and nonprofit capacity. Priority is given to nonprofit proposals that include one or more of the following: support of collaboration among organizations, incorporation of grassroot associations and/or incorporations of minority-led nonprofits.

“The Foundation really seeks to improve quality of life. So, with the Equity & Access [Initiative] all that is [doing] is adding another layer, shining a light on addressing and removing barriers for marginalized communities,” said Artisha Lawson, the foundation’s Program Officer overseeing the initiative.

“We really wanted to be intentional about reaching organizations that have never applied, never considered applying or never thought they were eligible for funding, specifically minority-led, but also organizations that serve minority communities,” Lawson said. 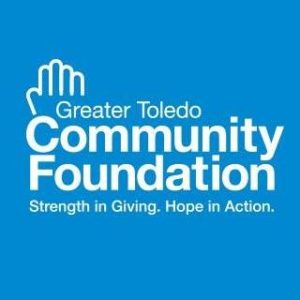 Eight local nonprofits were most recently approved for grant funding at GTCF’s March Board of Trustees meeting, totaling $164,630. Among those eight:

The Believe Center, a nonprofit dedicated to promoting and financing local youth sports, was awarded $15,000 to cover the cost of training and employing umpires in an effort to increase youth sports opportunities.

Toledo venture development organization, Jumpstart, which helps entrepreneurs start and grow companies, was awarded $50,000 to increase capital for minority-owned business and entrepreneurs in collaboration with the Economic and Community Development Institute, Inc.

“This has been the biggest effort I’ve ever seen made to try to reach everybody. To let them know we’re here. Come and talk to us. If they don’t qualify for an Equity & Access Initiative grant, there are other grants that we can help them learn about,” said Joanne Olnhausen, GTCF’s Director of Marketing.

The committee is dedicated to awarding an additional $300,000 over the next three years to fund new and existing projects from nonprofits who align with the focus of the grant.

Following the application period, the board will partake in additional research and site visits “not in a disbelief or critical nature, but to see what kind of work they do, to explore their targets and their targeted outcome,” said Coleman.

“The intent of this fund is that we want the impact to be meaningful, so having these several conversations, part of site visits, part of the research is also a way for them to become more familiar with the foundation,” Lawson adds.

Organizations are encouraged to read the grant guidelines and apply on GTCF’s initiative webpage. The deadline to apply is July 2.