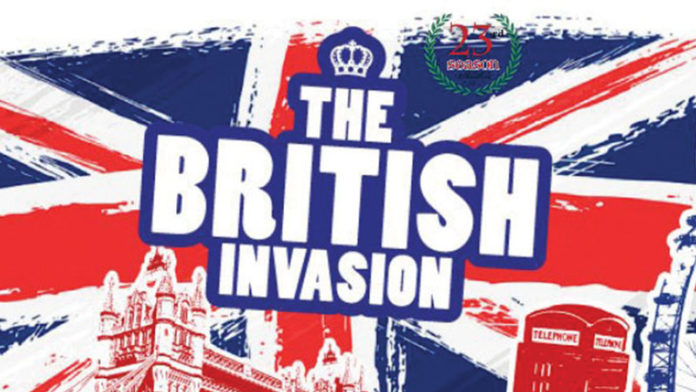 Jam at the Tavern every Tuesday
Let’s say it’s an average boring Tuesday but you want to send the night out with a bang. Head on over to the Ottawa Tavern for a rocking Tuesday Night Jam session. Hosted by renowned Toledo guitarist/vocalist Devin Krueger and a variety of fellow musicians, the Jam is always a fun night full of musical variety. Rock, jazz, modern pop, you never know what you’re going to hear on Tuesdays at the Tavern. 8-11pm. 1815 Adams St. 419-725-5483.

The British Invasion hits the Valentine
A tribute to a bygone era that changed music forever will arrive at the Valentine Theatre on Saturday, February 19. “The British Invasion: Live on Stage” is a full multimedia performance mixing projections of period photos and film footage with a live band performing some of the biggest hits from the musical wave that swept the nation in the 1960s. Get swept up in the nostalgia and be sure to wear your best bowl cut! $49-79. 8pm. 410 N. Superior St. 419-242-3490. valentinetheatre.com

Ghost (and Volbeat) sighted at Huntington
The eccentric Swedish band known as Ghost and the Danish rockers called Volbeat have teamed up for a United States tour which pulls into the Huntington Center on Tuesday, February 15. Playing their own unique brand of rock, Ghost has been an international favorite for over a decade, while Volbeat’s mix of rock, metal and more have garnered recognition since they formed in 2001. $39.50-99.50. 7pm. 500 Jefferson Ave. 419-255-3000. huntingtoncentertoledo.com