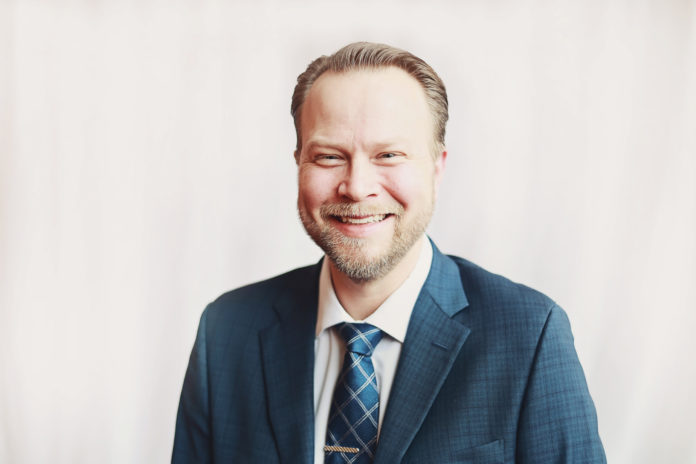 A sense of community is hard to come by when you have to stay in your house all day away from friends and activities. During the pandemic one organization helped ease the sense of lost community by bringing people together with music.

The Detroit Symphony Orchestra, headed up by President and CEO Erik Ronmark, put on numerous virtual concerts thanks to technological preparation that helped them reach out when people needed it the most. Ronmark, a Bowling Green State University alumni, sat down with the City Paper to talk about the virtual concerts the DSO had, and currently has, available.

To BG From Abroad

During his collegiate career Erik Ronmark, originally from Sweden, ended up studying music abroad at Bowling Green for what he thought would be a year. “Twenty years later, I’m still here,” Ronmark said with a chuckle. During his time in Ohio “everyone was supportive of each other, and the college felt like a big family where everyone wants you to succeed.”

From studying saxophone performance Ronmark eventually got his Masters degree through Bowling Green. He then went on to work through the administrative ranks of the Detroit Symphony Orchestra and now runs the orchestra as its CEO, helping to run the completely-virtual 2020-2021 season.

Surprisingly the DSO was well-equipped to perform virtually, Ronmark explained. “For the past decade the orchestra has invested in the technology and infrastructure to record our concerts for web performances. We had just upgraded the tech to full 4K cameras and such in the summer of 2019, so we were in a good position to pivot into a virtual season.”

That entire virtual season, and concerts going all the way back to 2016, are available for free through the DSO’s Live From Orchestra Hall site. “We record every concert for free,” Ronmark explained. “During quarantine it was a real morale boost for the performers and the crew to come together and work. We were all going through a time with a lot of unknowns, but being able to get together as a community and have the support was meaningful for us all.”

Every performance is still recorded, as in-person concerts are starting up again. “It’s such a huge difference coming back to an audience,” said Ronmark. “You feed off the energy of an audience; there’s a big difference between the silence of an empty room, and the silence of a full crowd. You can tell when you have an audience’s attention.”

Though Ronmark mainly works with the DSO in an administrative capacity, he still finds time to get in touch with musical performance. “When I began working in administration I would fill in every once in a while if the orchestra needed another saxophonist. It’s always an amazing experience getting to sit in with the full orchestra.”

When not working with the DSO Ronmark also helps work on New Music Detroit, a musical collective that puts on performances in the city. “It’s so important to stay connected with the music,” Ronmark said. “People that get into the administration side of music did so because they had a passion for music. The ability to pick up and play an instrument, either with a band or with my kids, helps me connect with what got me into the field in the first place.”

The Detroit Symphony Orchestra’s virtual performances can be found online at https://livefromorchestrahall.vhx.tv/

For more information about the DSO and their upcoming season,