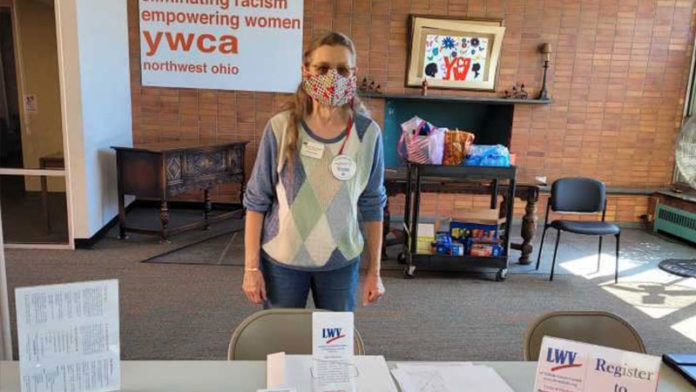 Co-President, Toledo-Lucas County League of Women Voters
Why You Should Know Her: Co-leader of an organization on the front lines fighting against partisan gerrymandering.

Before joining the League of Women Voters (LWV), Ann Fabiszak Payne worked as a Registered Nurse. A 1970 nursing school graduate, she retired 8 years ago. She spent a large portion of her nursing career in home care, helping patients find their health paths while educating people on healthy living. To this day, the empathy she gleaned from helping people from many different backgrounds guides her approach to community service.

Payne has been a standing member of the league in one position or another since the ‘80s. A non-partisan group, LWV appeals to her sense of empathy and her feelings about the state of American politics. “I was very disillusioned with ‘party politics,’ she said. In May of 2021, she took the reins of Co-President along with Leena Jhunjhunwala, who has actively served the league for the last five years.

LWV registers voters as its basic function. Payne has been doing that at events such as high school job fairs, naturalization ceremonies and alongside other groups, like the Reentry Coalition, for decades. She “encourages people to take advantage of their citizenship rights, to express themselves,” but the League’s goals are set beyond supporting the opportunity to vote.

The list of LWV priorities is a long one that includes compiling a variety of citizen handbooks, publishing a yearly directory of elected officials, holding public forums to discuss ballot issues, and educating prisoners and ex-felons about their voting rights here in Ohio. Payne also spoke proudly about a segment on WGTE called “BackStory,” a collaboration between KeyBank and LWV that addresses public affairs such as Fighting Hate, Fostering Civil Discourse, Conspiracy Theories, Fair School Funding, and more.

Making recent headlines, the local chapter of the League of Women Voters has played an integral role in fighting gerrymandering by the Ohio legislature regarding the state’s congressional redistricting. While Senate Bill 258 (which creates illogical boundaries and geographically inconsistent boundaries for Ohio’s congressional districts), signed by Governor Dewine just before Thanksgiving, is a huge setback for the League’s efforts, Payne and her constituents have already filed lawsuits and will continue to fight partisan politics wherever and whenever they can with “light, not heat.”