For a brief, shining moment in the mid 1940s, Toledo native Arv Garrison was considered one of the best jazz guitarists in the world. A Toledo resident for most of his life, Garrison was a musician whose adept six string play made him the envy of many in the music community. He recorded with legends like Dizzy Gillespie and Charlie Parker, and regularly performed and recorded with his wife, Vivien Garry.

“He was really an astonishing talent,” said musical historian James Harrod. “Largely self-taught, (Garrison) admired Django Reinhardt and would spend his time practicing his guitar and listening to Django. And the person who helped really launch his career was his wife, Vivien Garry. She was the one who took charge of their career and signed all the contracts and made the arrangements, etc. And Arv just blossomed under those conditions.”

One of Garrison’s trademarks was his versatility— no matter what the style was of the group he played with, he was able to rise and bend his skill to accommodate the moment. On a level of sheer talent, Harrod ranks Harrison in a class with celebrated jazz guitarists like Irving Ashby and Oscar Moore.

Today, however, the name Arv Garrison is all but forgotten. His career as a full-time musician was tragically brief. 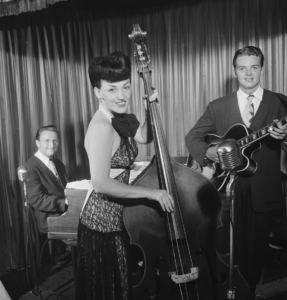 “The shame is that he had epilepsy, and that intensified in the latter part of his career,” Harrod said. “Today, modern medicine can allow us to cope with that condition. But back then, in the 40s, it was the end of his career when the epileptic fits became more frequent. It was a very short career— 1945 to 1948. Just three years that he really blossomed and became one of the best.”

Garrison returned to Toledo after his sojourn through the jazz world. He tried to play in local gigs, but his illness had progressed too far. Garrison died in a swimming accident in 1960 at the age of 37. His jazz career was so firmly in the past by then that his obituary’s headline didn’t even mention it.

But Garrison’s musical legacy is beginning to be rediscovered, thanks in large part to Harrod. A former professional bookseller, Harrod has been a fan of jazz since high school, primarily specializing in West Coast jazz. Last year, Harrod was listening to a celebration of legendary jazz composer and saxophonist Charlie Parker. One of the songs featured Garrison, a name that even Harrod, an expert in most everything jazz, was only vaguely familiar with.

“That sort of led me to Vivien Garry, and to a book she published, a biography, back in the early 90s, recounting her life and playing with Arv,” Harrod said.

Harrod determined that Garrison’s remarkable work needed to be collected, preserved and made more widely available. He began tracking down as many recordings as he could. He found sessions that Garrison and Garry made in New York in the mid-40’s. Recordings done for the Armed Forces Radio Network. A performance for a show led by popular jazz host Art Ford.

“I contacted a record producer in Barcelona, Fresh Sound Records— a man named Jordi Pujol, who’s been championing forgotten music, West Coast music for years. And Jordi said, ‘Yeah, I think you’ve got a good project there, let’s go with it!’”

The end result is a 3 CD set entitled “The Unknown Arv Garrison: Wizard of the Six String.” Featuring a slew of material that hasn’t been heard since its initial release almost 80 years ago, the set features liner notes by band leader Nick Rossi. The work is a labor of love for Harrod, and he notes that it’s not just Garrison’s legacy that will interest Toledo listeners.

“The last sessions on the CD set feature another Toledo musician who was quite revered, El Meyers. He was a pianist who played with the group in New York, and toward the end of Arv’s career they did some things for a label called Metro, which have never been available on CD. So the set includes a lot of music that, up to this point, has just been available on 78s, or not at all.”

To purchase a copy of “The Unknown Arv Garrison,” visit freshsoundrecords.com. 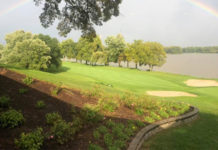 Hit the Links: Rates (and discounted rates) for golfers 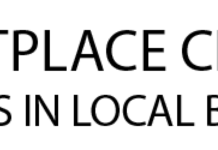 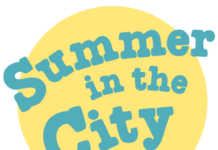