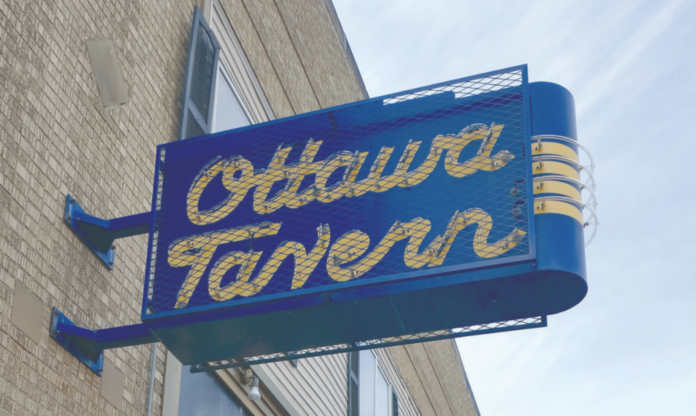 Since its reopening in March of 2020, the Ottawa Tavern has continued to offer a warm and friendly environment on Adams Street in Uptown. Under the ownership of Zack Jacobs, the plans for the Tavern are to maintain its roots as a bar and concert venue while reintroducing the kitchen. 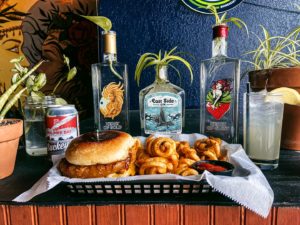 Timing was unfortunate as two days after reopening, the Ottawa Tavern had to shut down due to Governor Dewine’s orders at the start of the pandemic. With all live performances on hold, the Ottawa Tavern has been able to safely serve carry-out customers along with dine-in eating while following CDC regulations.  Coupled with the Tavern’s warm and friendly environment, the menu is inviting, a creation of Tony Collins.

As a child, Collins showed interest in cooking, with the help of his mom and grandmother. Excited by the prospect of “making something out of nothing,” after years of working in different industries, Collins found his way back to cooking and knew he had to pursue it with the goal of having his own place one day. Collins found himself working in kitchens across the area including Carrabba’s Italian Grill, Boonies Bar & Grill and Dexter’s, before making his way to the Ottawa Tavern. 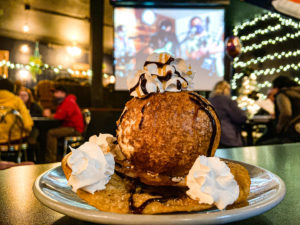 In and out of the kitchen, Collins truly cares about his craft. When Zack Jacobs bought the Ottawa Tavern in early 2020, he wanted to re-imagine the kitchen and enlisted Collins to create a menu that would make people come back for more.

The Collins and Jacobs collaboration has given birth to a menu with vegetarian and vegan options. Part of Collins’ process for trying different entrees is offering samples to customers and the Tavern staff for their feedback.  The quality of the menu is enhanced with quality of the ingredients, which are fresh and locally raised. Popular menu items include the Mac & Cheese Burger, chicken chunks and the Tavern’s brunch menu, currently served 11am-4pm on Saturdays and Sundays.

While the pandemic has caused the Ottawa Tavern to struggle, Collins said he wouldn’t want to be anywhere else, adding that the staff is truly a family who treat customers like one of their own.

Collins advice for navigating the pandemic is simple, “follow the guidelines the government has placed on us. If you don’t care about cooking, you’re in the wrong field. If you care about cooking, keep caring so you can keep the trust and satisfaction of customers.” 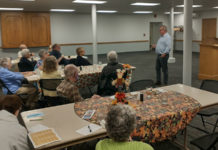 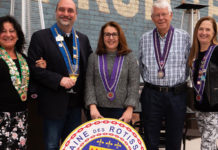 Fine Dining Celebration to be held in Glass City