Perrysburg is a lovely community, but not one most would describe as exotic. That could be changing, however, now that Ila Gupta has opened Satrangi (sat-ran-GHEE), a boutique featuring clothing and accessories from her home country, India.

Satrangi means seven colors, referencing the seven colors of the rainbow, and the store is filled with those seven and then some. Bright, elaborate dresses and long coats, many hand-embroidered, fill the racks, and a wall of cubby-hole shelves display intricate jewelry and stacks of saris.

When Gupta’s husband, Ravi Viswanathan, a software engineer, was transferred from India to Toledo in 2009, all Gupta knew about Perrysburg was what she could find on the internet. “When I came here it was always in my mind to do [some kind of business], because I knew there was nothing here from an Indian point of view,” Gupta said.

Ten years ago, she explained, the Toledo area had the Hindu temple and one Indian grocery store that only carried the basics. Gupta couldn’t get things like bindis— the colored dots traditionally worn by married women— bangles, or other items without going to Ann Arbor, or further. Back then, her hobby was making jewelry from polymer clay. “I had people say ‘you should start selling things you make,’ so I thought okay…” Gupta recalls. 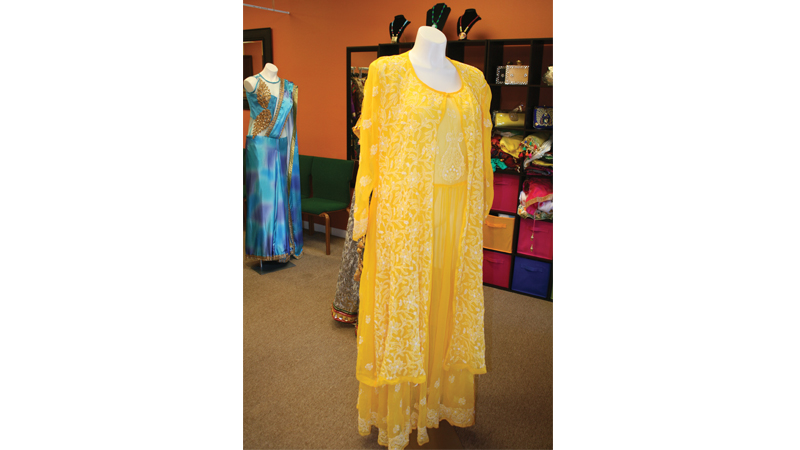 With two young sons, and pursuing a Un
iversity of Toledo degree— to complement the MBA she received in India— Gupta decided to get a booth at the Toledo Sister Cities International Festival in 2013. “I went with 30 or 40 things to sell, and it went well,” she said. A subsequent show in Michigan went even better.

“I did one show there, and it was a big hit,” she said. “Until then, I didn’t know Michigan had such a big Indian community.” In one year, Gupta did 175 shows. “My little one literally grew up in my van,” she said. 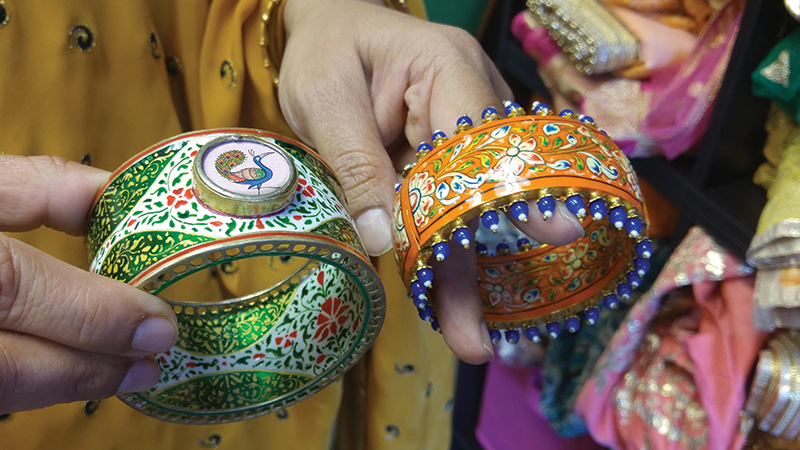 Finally, having built a solid customer base through the shows, Gupta decided to sell her wares close to home and opened Satrangi last September. She designs much of the boutique’s jewelry and clothing, which is then made to her specification in India. She has a following of Indians and Pakistanis in the area, but said she’d like to serve the local, non-Indian community as well. To that end, she has sponsored cultural events that are open to everyone, does catering out of a friend’s commercial kitchen and her future vision includes Indian dance classes, cooking classes and basic lessons in the Hindi language. Her company is called The Space, an acronym: Style, Party, Art, Entertainment and Creativity.

“For me it’s a dream, it’s not just a business,” she said. “I want to have every Indian thing under one roof, from top to bottom. So, I’m working toward it.”