The history of armor— in warfare and culture— is the focus of a fall exhibit at the Toledo Museum of Art (TMA). “The Age of Armor: Treasures from the Higgins Armory Collection at the Worcester Art Museum” opens November 6.

“We’re bringing to Toledo audiences for the first time an exhibition of arms and armor from the Higgins Armory collection, which is the second largest arms and armor collection in the Americas,” said Sophie Ong, Hirsch Curatorial Fellow at TMA. “It is an exhibition that highlights armor’s use from the ancient world through the early 20th century, and really looks at the technological innovation and artistic brilliance of the metal workers and the armorers, who could manipulate this very hard material into both practical objects to be worn, but also highly decorative and stunning objects that were revered in their time.”

Assembling an armory
The Higgins Collection was assembled by John Woodman Higgins, an early 20th century industrialist from Massachusetts who grew up loving stories about knights. He began buying pieces of armor from Europe during the 1920s, and by 1931 decided to open his own museum dedicated to the collection. The Higgins Armory remained long after Higgins died in 1961, ultimately closing its doors in 2013 when the collection was moved to the Worcester Art Museum.

When TMA was offered the chance to showcase pieces from the Higgins collection, the museum enthusiastically accepted. “We do not have examples of European armor in our collection, and we thought this would be a terrific opportunity to show not only armor in the Toledo Museum of Art, but also examples from one of the world’s most important armor collections,” Ong said.

A trip through time
“The Age of Armor’’ features over 80 pieces from varied eras. The majority of pieces in the exhibit will be focused on European history, although artifacts from a variety of other cultures will also be displayed, including examples from Japan and India. The oldest piece is an axe blade from Middle Kingdom Egypt that dates to 2000-1750 B.C.E.

The exhibit will be divided into 14 sections, arranged by chronological periods or a theme. Visitors will be given plenty of historical context in the form of both text and an audio guide created for the exhibit. Some TMA pieces, including samurai armor, will be displayed alongside the Higgins Collection.

“There is a chronology running under the thematic [structure], so the final two sections actually are the Decline of Armor, followed by Armor in the Modern Age, which actually includes an object that was made in Worcester, Massachusetts, which is where the Higgins Armory Collection was built and resides today,” Ong said.

Beyond the battlefield
It may seem somewhat unusual for a museum dedicated to fine art to display tools of war. Ong, however, points out that this exhibit works to emphasize not only armor’s martial function, but also its importance in social and political life.

“The Museum displays objects that have been made by hands that tell stories about the creation of art as well as industry. Here in Toledo, we know the combination of art and industry very well, with how we think about glass in the city,” she explained.

Ong hopes that visitors will come away from “The Age of Armor” with a greater appreciation for the artistry involved in the creation of the exhibited pieces. “The exhibition definitely tells the story of armor, both from a large point of view but also with individual stories that different suits have to tell.”

“The Age of Armor: Treasures from the Higgins Armory Collection at the Worcester Art Museum,” on display in the Levis Gallery at the Toledo Museum of Art from November 6, 2021 through February 27, 2022. 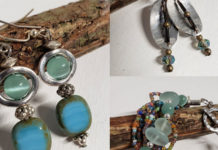 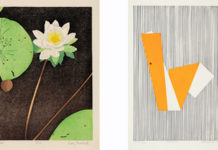 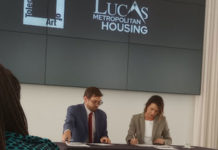