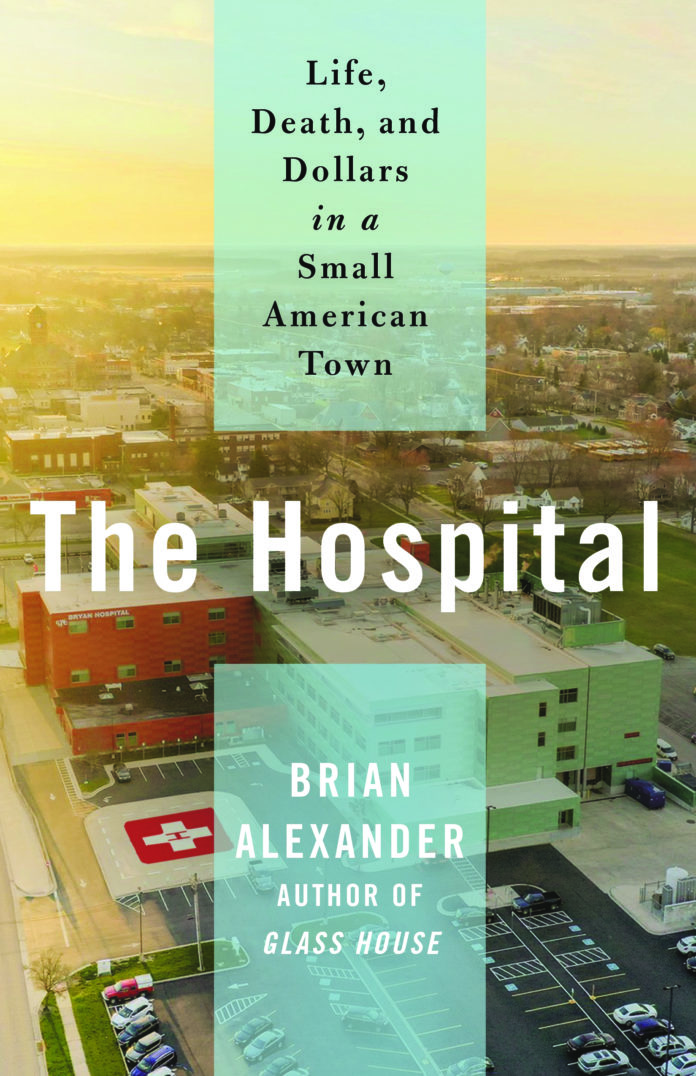 While writer Brian Alexander was working on a story about the fragile financial state of small, rural community hospitals for The Atlantic, he interviewed Phil Ennen, then the CEO of Community Hospitals and Wellness Centers in Bryan, Ohio. Ennen told Alexander that if he wanted to know more, he should come to Bryan, look at the town, look at the hospital and see for himself how they managed to stay open.  “In the course of that visit, I realized that I might be able to tell a larger story by telling the story of a small place,” Alexander explained.

That small town story became Alexander’s new book, “The Hospital: Life, Death, and Dollars in a Small American Town.” It’s the story of particular people in a particular town, and of a particular hospital, but it is also the story of American health care in general, the forces that shape it and the struggles of both the people who work in the hospital and those that rely upon it.

Alexander spent 17 months researching and interviewing for the book, reviewing over 31,000 documents and spending a lot of time in the hospital, “often just hanging around, sitting in the ER, sitting in meetings, wandering,” he explains.

That meant spending time with everyone from Ennen and his fellow executives to patients like Keith Swihart, a 39-year-old diabetic and single father who seems to suffer a ruinous run of bad luck. “The medical economy is a parallel economy to the more generalized one,” Alexander explained. “And when an inhabitant of the broader economy meets the healthcare economy, that person enters a weird parallel universe and is always at a disadvantage.”

That universe can prove especially difficult for working-class people like Swihart and others Alexander spent time with. Bryan, like much of Northwest Ohio, has yet to fully recover from the Great Recession of a 2008-9.

Patients aren’t the only Davids battling Goliaths in “The Hospital,” though. The hospital itself is beset by challenges as it struggles to stay open, independent and in service to Bryan, the small town of 8,500. The pressure in all aspects of the medical industry is to “get big,” in order to better compete with other segments of the industry, that are similarly growing larger.

Having spent so much time in a hospital and writing about it, Alexander’s diagnosis of American healthcare is that “our economy is killing people,” he said. He counts distrust of government as the one overriding issue that exacerbates all others, one “rooted in a 40-year belief that, as Ronald Reagan said at his inauguration, government is the problem.” 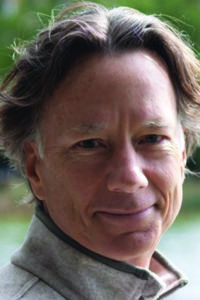 “If we are going to have capitalism, we need a well-regulated capitalism,” Alexander said. “And then we have to ask, specific to medicine, ‘Do we want a for-profit medical system? What are the inherent conflicts between the business of medicine and the mission of medicine to solve human suffering? How do we reconcile those?’”

Those are the big questions that Alexander’s book raises. Answers to these questions are urgently needed by the millions of Americans, represented by Swihart and other Northwestern Ohioans profiled in the book.

“Other nations have had the advantages of starting this process much sooner and so it was somewhat easier for them to create national plans and that is partly because there is often more trust in government in those nations,” Alexander said. “Meanwhile, we’re mired in battles between competing forces. And nobody wins except executives of big hospital chains, pharma companies, device makers and some specialist doctors.”

Alexander’s book captures the battle for the soul and well-being of Americans. The question readers must ask is, where do we go from here?

Available through Amazon, Barnes & Noble and to borrow from the Toledo-Lucas County Public Library. $28.99