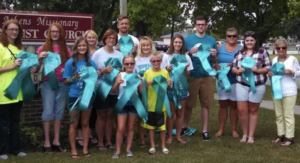 During the month of September, organizations across America gather to raise ovarian cancer awareness and provide support for survivors of ovarian cancer. The Toledo Region will show its support by participating in the Turn the Town’s Teal national campaign.

In an effort to spread knowledge about early detection, the signs and symptoms of ovarian cancer, Mercy Health is teaming up with the Ovarian Cancer Connection (OCC) for the annual Turn The Towns Teal event. Mercy Health will sponsor the purchase of teal ribbons which will be displayed in various downtown areas as well as in local businesses in the Toledo area. 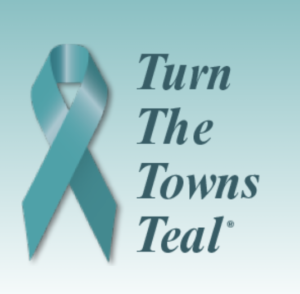 “We are so excited to work closely with Mercy Health to raise awareness and educate the community on the early warning signs of ovarian cancer. For years, Mercy Health has been a strong supporter of the Ovarian Cancer Connection and the Turn the Towns Teal awareness campaign,” executive director of the Ovarian Cancer Connection, Gini Steinke, said.

Each year 21,000 women in the United States are diagnosed with the disease. The national campaign encourages education on the signs and symptoms of ovarian cancer to help with early detection.

“Our partnership with the OCC further enriches our comprehensive oncology program, and it is our hope that the teal ribbons will inspire routine pelvic exams, the confidence to report abnormalities, and support for survivors of ovarian cancer, in addition to honoring those we have lost to the disease,” said Lori Dine, service lines community program manager at Mercy Health – Toledo.

Turn the Towns Teal was founded in 2007 by Gail MacNeil who fought her own battle with ovarian cancer. After sharing her symptoms with her gynecologist multiple times, she was ignored and told the symptoms she described are common with women her age. She was later diagnosed with stage three ovarian cancer and battled it for 10 years. Gail hoped to inform and publicize symptoms of the disease to prevent others from experiencing these challenges.