Ben Ewell grew up on a small farm near Brighton, Ohio, 45 miles southwest of Cleveland in Lorain County.  One of five children, with three brothers and one sister, over the past seven decades Ewell has dealt with tragedy, love and divorce, all of which are highlighted in his book, Sunday Afternoons and Other Times Remembered, released in June.

“[Our family] had a normal farm life. With four boys, something chaotic was always going on,” Ewell explained. “We had a race car and we had a jalopy. Then my older brother, Dale, got into flying and he used to land his airplane in a beanfield to the west of our house.”

Eventually Ewell and his three brothers attended Miami University in Oxford. After graduation, Ben moved to California to pursue a law degree. “I’d never been west of Indiana,” Ewell said. “I hitched a ride after I answered an ad in the Cleveland Plain Dealer about rides to California if you paid for gas and helped drive.”

Ewell wound up in San Francisco, more specifically Haight-Ashbury, in the 1960’s. “I lived on Central and Ashbury. One set of neighbors was the Grateful Dead. Just about everybody in the music business, all lived in that area at the time,” he recalled.

Ewell received his J.D. from UC Hastings College of Law and then moved to Fresno where he was active in law and politics, serving as Ronald Reagan’s presidential campaign chair for the Central Valley in California. Ewell was then appointed to the U.S. Small Business Administration in Washington, D.C. 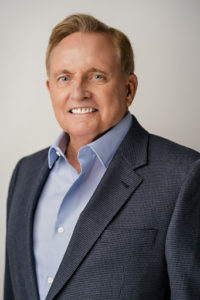 Ben and his first wife had two children. Then three things happened that forever altered his life and provided fodder for his writing. First, his marriage went sideways. After several years of contested court hearings, Ewell was awarded full custody of his two sons. He was simultaneously taking care of them, practicing law and working on the development of a building project.

On Easter Sunday 1992, Ewell’s brother, Dale, sister-in-law and niece were found murdered in their home. He said, “I got a call from a district attorney, who I dealt with in politics. He basically said, ‘Ben, I hope you’re sitting down because I’ve got some news for you.’” The investigation into the murders would last three years, followed by another three years of trials and hearings. In the end,  four perpetrators were convicted, one of which was Ewell’s nephew.

In another tragic event, Ewell’s father’s home exploded and was destroyed by a fire. “We never were sure what happened,” he said. “There was a sump pump in the basement, and he had a little Briggs & Stratton engine hooked into the pump. The thinking is that he went down there and tried to pour gasoline into the tank of the engine and it exploded.” After being kept alive on a ventilator for several months, Ewell’s father passed away.

Stay on the train

These stories and more can be found in Sunday Afternoons and Other Times Remembered. $16.99, available for purchase at bookstores including Barnes & Noble, Target and Amazon