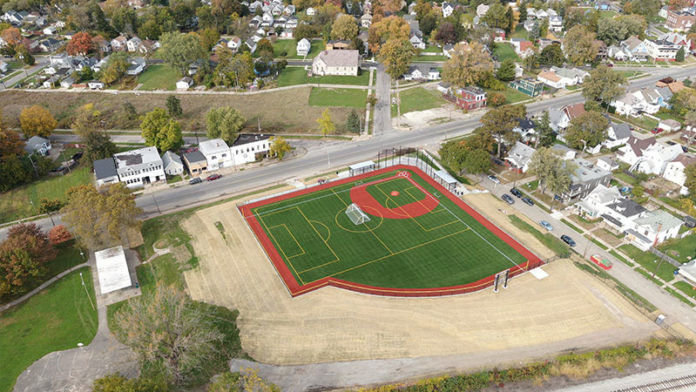 Let the sunshine in
Don’t be surprised to see solar panels pop up in the Old South End in the coming months as $2 million in federal funds were awarded to the Historic South Initiative and the SeaGate Food Bank, earmarked to help improve energy efficiency in the area. It has been reported that the funds will be used to construct a solar panel field near the Maumee River that would gener- ate renewable energy for the neighborhood. A second solar project is planned to be built on the roof of the SeaGate Food Bank.

Get the lead out
Approximately 3,000 water service lines owned by customers in the Toledo area contain lead. The City is hoping to bring that number down to zero. A multi-year replacement program has begun with the goal of removing and replacing all lead pipes that deliver drinking water. With the aid of Toledo’s American Rescue Plan Act funding, the program offers area residents the chance to replace their domestic lines at no cost. Residents whose homes have lead pipes (or if they are uncertain if their pipes are lead or not) are encouraged to register at toledo.oh.gov/residents/water/lead-service-lines/customer-side.

The softer side of revitalization
A long-empty Sears store on Central Ave. will soon be no more if the owners of Westgate Village Shopping Center have their way. Abbell Credit Corporation, based out of Chicago, has announced plans to buy and demolish the building, which has been vacant and unused since 2017. Any new establishments added would be welcome additions to a Secor Road business district that has worked to revitalize itself in recent years. A plan to provide a tax abatement for a proposed renovation of the still-vacant Elder-Beerman adjacent to Sears was rejected in 2020.