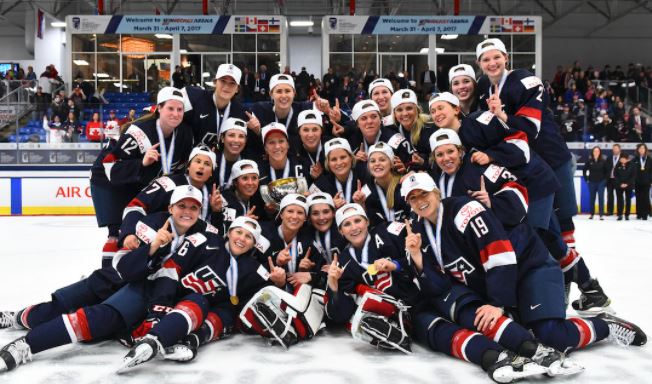 There is little more patriotic than watching the Olympics to root on athletes from your own country, and how we get to know every athlete representing the USA. It’s something special indeed when you can claim an athlete from your own state or community.

So it’s in that spirit that we look at Olympic athletes with Ohio connections.

Sylvania’s Madison Hubbell, Figure Skating, has danced with partner Zachary Donohue since 2011, and placed 4th at the PyeongChang Games in 2018. This is their last season and last Olympics, after winning three medals at the world championships and three national titles. Her mom Susan is a seamstress who has made most of her costumes for many years; her dad Brad is a Toledo attorney. Beijing results: Silver (team) and Bronze (with partner Donohue). 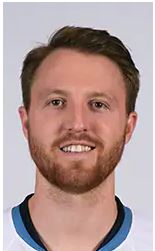 Pat Nagle, Hockey (goalie), may always be a Toledoan in spirit since he spent three seasons in the net for the Toledo Walleye. Nagle participated in the Walleye’s first appearance in the Kelly Cup Finals in 2019. He’s the franchise’s all-time leader in saves (2,867) and minutes played (6,228) by a goalie. The Michigan native graduated from Ferris State University. Beijing results: The US Men’s team advanced to the quarterfinals but was eliminated by Slovakia in a penalty shootout. 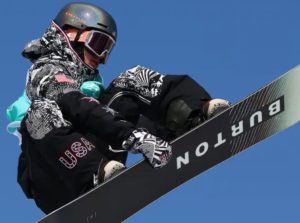 Westlake’s Red Gerard, Snowboarding, began in his sport at age 2, and has his own trick park at his home. In the 2018 PyeongChang Games, he earned an upset victory (and Gold Medal) in slopestyle. Since then, he has won slopestyle titles at 2019’s Burton US Open and the 2020 Dew Tour. Beijing results: Gerard took 4th in slopestyle and 5th in big air.

Born in Columbus and living in nearby Bellefontaine, Louie Vito, halfpipe snowboarder, competed under the Italian flag at Beijing. Vito learned to ride on the slopes of Mad River Mountain in Bellefontaine. He has won many U.S. Grand Prix championships, three Dew Cups and many X Games championships, and participated in the 2010 Winter Olympics in Vancouver. Beijing results: Vito came up short in making the Men’s Halfpipe finals, edged out by Chase Josey of the USA for the 12th qualifying spot.

Andy Miele, Hockey (center), got his hockey start as a part of the Miami University RedHawks team, participating on 2010 and 2011 CCHA championship teams and earning the 2011 Hobey Baker Award. He is serving as captain of the 2022 US Olympic men’s hockey team, which was undefeated heading into the quarterfinal round Feb. 15. Beijing results: As noted above, USA was eliminated by Slovakia in the quarterfinals.

Ft. Wayne, Ind., native Nick Goepper, Freestyle Skiing, has trained at Perfect North Slope in the Cincinnati area. He began skiing at age 5 and competing at age 11. He earned a Bronze Medal for slopestyle in the 2014 Winter Games in Sochi, and a silver in slopestyle in the 2018 PyeongChang Games. Beijing results: Goepper placed 22nd in big air, and once again took the silver medal in slopestyle.

And if you’re all about anything Ohio State University, Buckeyes were a part of each of the teams in the Valentine’s Day semifinals matches of Women’s Hockey. Jincy Dunne represented the USA team, along with Andrea Braendli representing Switzerland, Emma Maltais and Natalie Spooner representing Canada and Minttu Tuominen representing Finland. Beijing results: The Canadian team defeated the USA 3-2 in the women’s final. 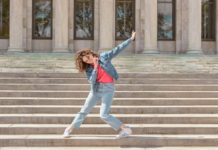 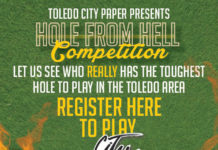