Toledo is rarely at the center of discussions about growing the US economy. That may change now that the University of Toledo and First Solar researchers have identified a common thread to serve as a generation-spanning rope— affordable energy, the lifeblood of the modern economy.

The challenges facing current and future generations of Americans seem daunting. Through what mechanism and by what means do we meet, let alone overcome these circumstances? What is the common thread that can serve as a generational rope to pull us out of the coming energy crisis? Cheap energy is the lifeblood of any modern economy, without it no advanced nation can thrive.

Yet we are faced with an undeniable truth, despite the amazing heights fossil fuels have taken our economy, they can take it no further. As oil supplies naturally dwindle with usage, and populations explode worldwide, we are now at the point where fossil fuels have become environmentally and economically unsustainable. Cheap, clean, renewable and reliable energy is the only answer to fill that economic void. So as the worldwide plea for renewable energy rings out, the greater Toledo area is answering that call.

Mark Widmar, chief executive officer at First Solar, explains, “This facility will represent a significant leap forward in photovoltaics manufacturing, a true factory of the future. . . leverag[ing] our advantaged position at the intersection of efficiency, energy yield, optimized form factor, and cost competitiveness, while leading our manufacturing fleet in delivering the highest efficiency . . . and the lowest cost per watt.”

The Human Cost
There are many types of solar panels, but First Solar’s Series 6 is a utility-scale solar panel with some impressive advancements and technical capabilities. The series 6 has a longer lifespan (40+ years) and its carbon footprint is two and a half times lower than its international competitors. Environmental and economic cost savings aside, the human element cannot be ignored.

The US Department of Labor recently added polysilicon from China to the “list of goods produced by child or forced labor.” As U.S. Secretary of Labor Marty Walsh put it, “The world and the American people cannot abide the presence of goods made under the exploitative conditions . . . in [the] global supply chains…The Bureau of International Labor Affairs is rais[ing] awareness of this injustice.”

A ban on Chinese polysilicon could seriously shake up the solar industry and clearly positions First Solar— which uses cadmium telluride (CdTe) as a semiconductor, not polysilicon— in a prime position for growth.

Lou Trippel, the director of Product Management at First Solar, stated that “it takes a lot of energy to grow polysilicon. Cadmium telluride uses less water, has a carbon footprint two and a half times lower and is a byproduct of the mining industry, that puts us (First Solar) in a strong position to grow our market share.” Considering President Biden’s indication that he will continue pressure over unfair labor practices, it’s clear the stakes are high and the entire world is taking notice.

Not Alone
First Solar isn’t the only big name that is part of the area’s recent solar boom. University of Toledo researchers are developing ultra thin solar film for communications satellites, and the U.S Air Force has taken notice. The technology, called “Photovoltaic Sheets for High-Specific-Power-Based Energy” (PVS-EH), employs a series of low weight, flexible layers that collect solar energy directly from space and convert it for use on earth.

The research is so promising that the U.S Air Force Research Laboratory (AFRL) has awarded a 5-year grant of $12.5 million for further research and development. “This $12.5 million award recognizes our own University of Toledo as a national leader in solar cell technologies and in photovoltaic energy research,” said Congresswoman Marcy Kaptur. “UT’s broad partnerships with industry, government and academia represent the best of us and will help cement our region as a player for generations to come in solar manufacturing, research and development.” The most recent grant brings the overall total to $35M awarded to PVIC, since 2016.

Dr. Randall Ellingson, professor of physics and endowed chair at UT’s Wright Center for Photovoltaics Innovation and Commercializations (PVIC) explained that sunlight is “37 percent stronger . . . above the atmosphere, and [with] no clouds to interfere, orbital solar arrays (the photovoltaic sheets) offer a critical opportunity to harness renewable energy, achieve sustainability goals and provide strategic power for a wide range of orbital and airborne technologies.”

Solar Sandwich
We sat down with UToledo’s principal investigators and took a tour at First Solar to get all the need-to-know solar energy facts. The PVIC team are creating ultra thin, flexible and efficient solar panels, about the size of a sheet of paper, that can be sent into space and then arranged into larger solar arrays while in orbit.

Previous solar materials were too heavy to launch into space, so researchers focused on some specific ways light interacts with matter, to create new highly efficient designs. The UT team identified which materials most effectively absorbed each color spectrum of light and redirected it towards the material best suited to absorb it. Sandwiching these layers together is expected to improve the conversion rate to above 30%.

The durable design and lightweight nature of these panels are suited for harsh conditions, like space or desert environments. Applications for this technology are broad, from space exploration to beaming energy to US interests in remote locations.

A single space-based solar array could generate up to 800 megawatts (MW) of electrical power, enough to power up to 100,000 American homes year-round. With increased private sector interest in space travel and the ease of transporting these panels, the adage that “the sun only shines for so many hours a day” would be abandoned and, as the sun is always shining in space, this would be a vastly improved way to continually harness that power.

Glass City Genius
Toledo-based physicists and inventors are laying the foundation for American energy independence, while placing Northwest Ohio at the center of industries that will shape the future. First Solar and The University of Toledo have a long legacy of scientific excellence, from founder Harold McMaster, to early contributors like Norman Nitschke and Alvin Compaan.

Toledo is positioned to be a global leader in solar panel manufacturing and the science behind solar panels in space. The combination of UT’s exciting work and First Solar’s continued area expansion have Toledo primed to make significant contributions in the future of clean energy. 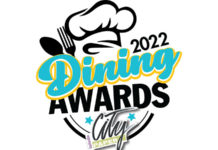 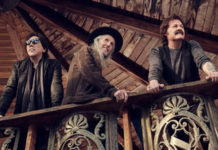