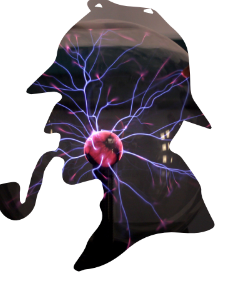 Just in time for Halloween, the Toledo Rep Theater debuts “Sherlock Holmes and the Adventure of the Ghost Machine.” Written by David MacGregor, the play comes to Toledo from The Purple Rose Theater Company in Chelsea, MI, where it finished its run in August.

“Adventure of the Ghost Machine” is the third play in a trilogy by MacGregor where he incorporates famous figures of the Victorian era — Nikola Tesla and Thomas Edison, both inventors and facilitators of the use of electricity — into a new Holmes mystery. The story takes place in 1905 with Tesla and Edison on the precipice of creations that will change the world, when both inventions go missing. It’s up to Holmes, Watson, and Irene Adler to unravel the diabolical scheme of villainess Marie Chartier, daughter of the late Professor Moriarty.

Toledo City Paper talked with MacGregor about the play and his love of Sherlock Holmes.

A writer of both books and plays, MacGregor says his first Holmes play, Sherlock Holmes and the Adventure of the Elusive Ear, was a one off, because he wrote for fun. It did well at the theater in the 2018 season, and he was asked to write a second, and yet a third, “Adventure of the Ghost Machine,” in 2020. Ghost Machine didn’t run in 2020 due to the pandemic, so with two years of closed theaters, MacGregor used that time to create novelizations of all three Sherlock-based plays. He also wrote two non-fiction books on the enduring popularity of Arthur Conan Doyle’s famous detective over three centuries called “Sherlock Holmes, The Hero with a Thousand Faces, Vol. 1 and 2” These books contain everything you’d want to know (and perhaps more) about Sherlock Holmes from novels to plays, silent films, sound films and television.

MacGregor says, “All three plays contain four essential characters — Holmes, Dr. Watson, the woman Sherlock Holmes is in love with, Irene Adler, who I took from the first Sherlock Holmes short story, and a character I invented — the daughter of Professor Moriarty. The professor was the original villain in the books. In the plays, Moriarty’s daughter is the villainess, as evil and smart as her father. For the third play, MacGregor found inspiration at home in Detroit when he took his daughter to Greenfield Village and came across a book called Tesla and Edison. “They were perfect,” he says, “both were famous, brilliant, and loathed each other. I’ve always been fascinated by Tesla. He’s a transcendent genius who never got the credit he deserved.”

MacGregor describes “Adventures of the Ghost Machine” as darker in tone than the first two, “There’s a séance, a ghost, and a lot of great theatrical stuff — and a love story between Adler and Holmes.” The premise came from the first Holmes story by Conan Doyle where Adler is described as just as smart as Holmes and almost outwits him. She is referred to later by Holmes as the woman but dies at the end of the story. MacGregor’s theory is that this character wasn’t continued because that relationship, the woman as an intellectual equal, couldn’t have existed in the Victorian era, and so he resurrects her in these plays, allowing them to simply camouflage their relationship for the outside world when needed.

Bringing it to the Rep

Nina Wright, the director for The Toledo Rep’s production, talked about how the show came to The Rep. “The Rep decided it would be cool to connect our season with that of the Purple Rose in nearby Chelsea. We opened each of his plays shortly after their professional theatre premieres. This third play is the only one to run simultaneously with the production at the Purple Rose, mainly due to COVID scheduling adjustments. A longtime actor, director, and playwright, Wright was tapped in 2019 to launch this project at The Rep. “Happily,” says Wright, “David (MacGregor) liked my work on the first one and requested that I direct the entire trilogy. I’ve enjoyed the opportunity to ‘grow’ this trilogy in Toledo, and to work with the same four local actors in the principal roles.”  Each production features two ‘fresh’ local actors as the historical figures who hire Sherlock Holmes. “Our Rep design team has created a gorgeous Victorian set. Even the most die-hard Sherlock Holmes fans will find our version of 221B Baker Street accurate and fascinating in every detail.”

Sherlock Holmes and the Adventure of the Ghost Machine runs October 21-30, 2022 at The Toledo Rep

If you want the cast list at The Rep for any reason – here it is. 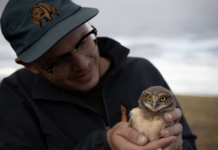 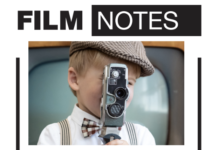 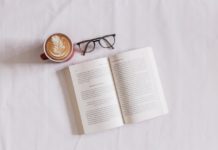