From joy to tragedy 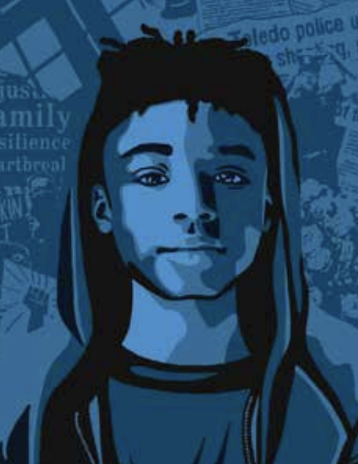 Well-known operas brought relevant issues of the time to the stage, highlighting them with music. Mozart critiqued the upper classes in The Marriage of Figaro, social commentary of the time.  Modern operas should focus on life’s challenges in the twenty-first century?

Blue, which has its Toledo debut  August 26 and 28, is a new opera centered on an African American family.  Set in Harlem, the story witnesses a couple and their first son as he grows into a young man. The mother worries for his future while his father works to prepare him for 21st century America.  A masterstroke of the production is that the father is a police officer, providing the story with realistic complexity.

NAACP Theater award-winning librettist, Tazwell Thompson, wrote the story and Tony Award-winning composer Jeanine Tesori added the score, and the opera made its debut  in 2019. Toledo Opera productions benefit from the oversight of James M. Norman, Director of Production, and Kevin Bylsma, Head of Music Preparation, along with their creative team.  Unlike nationally touring Broadway shows, local coordinators bring local productions together— with everything from the costumes to hiring the orchestra and chorus.

Operas are generally booked 2-3 years ahead, and Blue was originally set to play in Toledo in February 2022 before being moved to the  August date. Norman explained, “[With the change of the dates] (w)e lost a few cast members, but luckily all our creative team and musicians were able to make that change.”

“This set will be unique to Toledo,” said Bylsma of the production. “Instead of a painted background, we will be using rear projection which will bring a more realistic feeling, and (we are) excited to explore using that technology.”

Several events, held locally this past spring, have explored Blue’s themes,  including the screening of a 20-minute documentary Blue Stories from Toledo. followed by a panel presentation with Toledo community members and law enforcement experts discussing the building of trust between  police and Black citizens.

Though bringing this show to Toledo is challenging, Bylsma said, “Opera is such a compelling way to tell a story and it elevates a great work of theater because of the drama the music brings. Blue is a cool hybrid of jazz, classical and a little musical theater. I’m just very excited about how all those elements will come together. The lead creatives, the conductor and director, both African American, will be with us for these performances, which is a first that will happen here in Toledo.”

Norman explains, “Tazwell Thompson, the writer, will be in Toledo for the performances and he is so excited to bring Blue to Northwest Ohio. He’s so happy Toledo audiences are going to get to experience this family’s story.”

SMC: Opera takes on the lives of twenty-first century African Americans in Blue, performed August 26 and 28