Two years of careful curating have come to fruition in the form of Living Legacies: Art of the African American South, an exhibit at the Toledo Museum of Art. Featuring a collection from the Souls Grown Deep Foundation, Living Legacies highlights a range of mediums to share ancestral histories and personal backgrounds.

In truth, many of the creators didn’t consider themselves artists when creating their works. “Their work was initially made out of necessity,” exhibit curator Jessica Hong explains.

Though they might not have considered themselves artists, Hong recognizes them as such, connected to their own ancestral histories and personal experiences.

“I can’t pick a favorite,” Hing said. “But one piece that I’m drawn to is by Leroy Almon (1938-1997).” The piece, The New Heaven, is made of carved wood, light bulbs, artificial pearls, glitter and other items. Almon had a unique background as an employee of the Coca-Cola Company in Columbus, Ohio where he met a woodcarver named Elijah Pierce. Pierce taught Almon everything he knew about wood carving.

Almon’s art reflects his life and his devotion to Christianity. His purpose was his religion, and art became the medium to share that passion.

Many of the artists featured in the exhibit were active during the civil rights movement in the 1950s and 1960s. Estelle Witherspoon (1916-1998), one of the founders of the Freedom Quilting Bees, was a driving force supporting the Civil Rights Act and participated in the march from Selma to Montgomery in 1965.

Consistent with the exhibit’s theme of transforming everyday objects into personified pieces of history, Witherspoon’s quilt was created out of need. “We don’t have time to make quilts for ourselves, and we can’t afford to buy them. Some sell for as much as two hundred dollars. And we’re just the workers,” she is quoted as saying.

Another fascinating piece, How Do I Look by Joe Minter, uses welded found metal, which the artist’s father also created with. “God gave my father the gift of mechanics,” Minter explained in daily correspondence with William Arnett between 1998-2001. “But after his (my father’s) discharge from the army, he could not use his skill in Birmingham because of racism.”

Minter is also known for the creation of African Village in America, a large outdoor sculpture garden in Birmingham, Alabama.

Living Legacies: Art of the African American South runs through May 1. Hong hopes that local art gallery-goers will leave the exhibit with a better understanding of how each of these artists, their backgrounds and their work impact American art today. 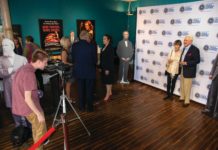 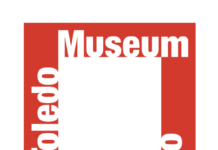