Tamar Grinshpon remembers her mother, Ela Weissberger, as an amazing, giving person with a great sense of humor and a knack for connecting with people. It wasn’t until Tamar had grown up and had children of her own that she learned about her mother’s childhood experiences during World War II, her personal experiences of the Holocaust.

“She finally started getting calls from filmmakers, historians and educators that wanted her to speak at their Brundibár or Holocaust memorial events. And at a point, she became ready to talk about it, because for the first few years after the War, it was just too painful,” Tamar recalled.

Ela was eight when the Nazis invaded her home country of Czechoslovakia in 1938. She and her family were transported to the Terezin Concentration Camp outside Prague. While there, she performed in a children’s opera, Brundibár, written by a composer from Prague who smuggled the work into the camp.

The show, about siblings who triumph over a tyrannical organ grinder named Brundibár, was performed 55 times, and Ela, age 13 at the time, played the central role of the cat in every performance. Their Nazi captors showed a performance of the opera to visiting members of the Red Cross and even filmed it for a propaganda documentary, supposedly as a demonstration of how well the Jewish prisoners were being treated. But the Nazis did not suspect, or understand, that the show was, itself, a remarkable act of rebellion.

“There’s the allegorical nature of the story, of victory over a tyrant, which could be extrapolated to include the current oppressions being suffered by the inmates,” said Hindea Markowicz, director of the Ruth Fajerman Markowicz Holocaust Resource Center. “And it was clear to the audience that the show’s main, and ultimately defeated antagonist, was Hitler. But, because the libretto was in Czech, the Nazis themselves didn’t realize the hidden meaning of Brundibár.” 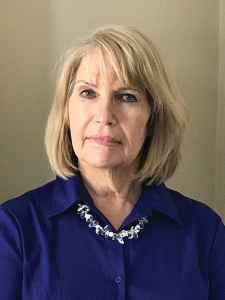 Tamar Grinshpon will attend the February 20 production of Brundibár and speak at the event. Her mother, Ela Weissberger, played the cat in the original production at the Terezin Concentration Camp. Photo courtesy: Toledo Symphony.

On the night of Brundibár’s last performance, most of the children in the cast were sent to Auschwitz. The majority of them were murdered upon arrival. Only a few of the performers survived the war, and Ela Weissberger was among them. As she grew up, got married and started a new life, Ela wanted to move on, giving her heart to her family and as many others as she could, Tamar explains. But eventually, a sense of duty overcame Ela— an obligation to the friends she had lost.

“It wasn’t until much later, that she felt that she had to express what happened, that justice needed to be served,” Tamar explains. “Testimony had to be provided concerning to the truth of what happened. And Ela found the courage.”

Ela began speaking, sharing her story and the story of her fellow performers. She would appear at Holocaust remembrance events and give interviews for documentaries. Then, starting in the early 2000s, Brundibár saw a revival, with performances memorializing the lives of those lost and celebrating the memory of the artists and children who made the show possible.

Hindea Markowicz, trying to launch a production of Brundibár in Toledo for over ten years without success, found support from Mari Davies at the Toledo Symphony. Now, an English performance of Brundibár will take place at the Toledo Museum of Art Peristyle on February 20.

“Everything fell into place, with the Toledo School for the Arts and the Symphony (joining in the performance),” Markowicz said. “You can imagine how excited I was about this.”

Sadly, Ela Weissberger, who attended numerous productions of Brundibár over the years, passed away in March 2018. But Tamar will be there to share her mother’s story, her courage and her message. “There is hope and survival,” explained Tamar. “In Brundibár, it was through arts and music. And we have to continue to stand up for what’s right. Continue to give testimony to the truth and what really happened. And the strongest, most powerful tool we have is education, stories, speech. And we have to ensure that future generations can learn the truth.”