Wherefore art thou? At the Peristyle Theater

Perhaps the most famous of all Shakespeare’s works, Romeo & Juliet has an unmatched theatrical legacy. On September 10, the Toledo Symphony will explore the musical influence with selections inspired by the play at the Toledo Museum of Art’s Peristyle Theater. The program will feature pieces from sources as varied as Sergei Prokofiev’s ballet version, the love theme from the 1968 film adaptation and a number from Romeo-inspired West Side Story. 8pm. 2445 Monroe St. For the latest on the performance visit toledosymphony.com. 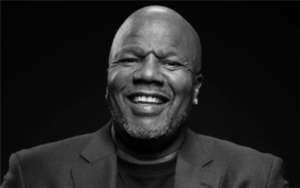 A veteran of comedy for over 30 years, Earthquake has made millions laugh through both his stand-up or his film and television work. The nationally recognized comic appears at the Funny Bone in Perrysburg for a three-night gig beginning Friday, September 23. Beyond numerous performances on comedy specials, Earthquake is loved by audiences for his appearances in films“The Longshots” and “Something Like a Business,” as well as the television show “Everybody Hates Chris.”  7:30pm and 10pm, Friday, September 23. 7pm and 9:45pm, Saturday, September 24. 7pm, Sunday, September 25. 6140 Levis Commons Blvd., Perrysburg. 419-931-3474. toledo.funnybone.com 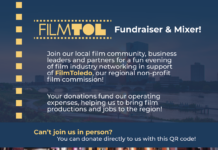