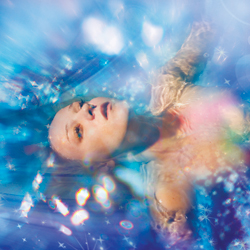 "In the face of fear, you have to be able to relax and take the journey," says Irene Alby. The associate lecturer in the University of Toledo's Department of Theater and Film is musing on the themes of her bold new production of Mary Zimmerman's Metamorphoses, on stage this month at the University. She could just as easily be talking about her own journey, a journey that's brought her from the lights of the big city to being an integral part of an ongoing renaissance in UT's theater program.

Alby came to the University in 2005, at what turned out to be the beginning of something big. Along with her husband, Cornel Gabara, who is now the department's head of acting, Alby was drawn to the Midwest from New York City, where she worked in the theater. "We were going to have our first baby," she remembers, "and we started applying for teaching jobs. We really liked the faculty [here]! And since we've been here, all these other amazing people have come."

She's talking about people like lighting designer Keith Bay-Perkins, who worked on the Broadway production of Metamorphoses, about set and costume designer Daniel Tobias, who wowed audiences with his work on Alby's production of In the Next Room: the Vibrator Play; about costuming expert Erica Frank, and filmmakers Holly Hay and Tammy Kinsey. As a group, the theater faculty have built the program from a Midwestern afterthought to a hub of cutting-edge theatrical work that wouldn't be out of place under the bright lights of either coast. They've put together acclaimed productions like In the Next Room, or Gabara's postmodern take on A Midsummer Night's Dream, complete with cell phones and Shakespearean verse treated as hip-hop rhymes.

And what's the latest step in this transformation? It's the show Alby acknowledges as her "baby," Metamorphoses. If the title makes you think "Kafka," you need to dig deeper. Zimmerman's play instead is drawing on one of the richest sources in the

Daniel Tobias' striking set for Alby's production prominently features a swimming pool — a fertile metaphor for birth, rebirth, healing and memory. Alby describes how she has "framed this transformative passage to wisdom through the eyes of pregnant woman [who] summons the gods and asks them about change." The play reaches beyond its Classical sources to the pool of all human myth, with the costuming (designed by a student under the supervision of Frank and Tobias) giving tribute to cultures from all of human history. The stories that make up the play are set everywhere from medieval Japan to modern Wall Street (with the famous King Midas portrayed as a corrupt tycoon). "It's beautifully written and very poetic," Alby says. "There are so many possibilities [for the director]."

It's a perfect example of the kind of breakthrough work that's making UT's program a destination for students desiring  a career in the performing arts. "Our actors and designers have gotten full rides to some of the biggest grad programs," Alby says. "Our students are competing with professionals and people coming out of big programs." And just as importantly, the department has become an invaluable piece of Toledo's cultural mosaic. "We're doing interesting productions that you don't get to see in a place like Toledo very often," she says — but hearing her speak, it's clear that that's no longer true. 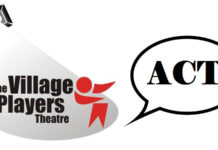 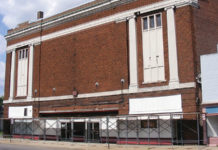 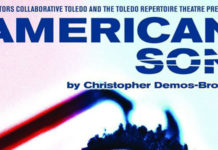