How do we handle loss and loneliness? What is the future role of technology in our lives?  These are just two of the ethical questions explored during the Actors Collaborative Toledo staged readings of contemporary plays The Realistic Joneses and The Nether. The readings will be staged February 16-24 at the Trinity Episcopal Church, 316 Adams St.

As a published author, Nancy Wright, the director for The Realistic Joneses, appreciates the wordplay used by the play’s creator, Will Eno. “[Eno is] a master at crafting dialogue to reveal character and relationships in oblique and hilarious ways,” Wright explained. She said that Eno’s well-written character dialogue helps the audience “see the deeply human emotions under the laugh-out-loud humor.”

In The Realistic Joneses, suburban couple Bob and Jennifer Jones meet their neighbors, John and Pony Jones, discuss their lives, and realize they have more in common than they thought. The play is widely praised for its discussion of difficult themes like illness and mortality while maintaining an accessible and bright sense of humor. “[The play is] an unpredictable and life-affirming look at what connects us all,” Wright said. 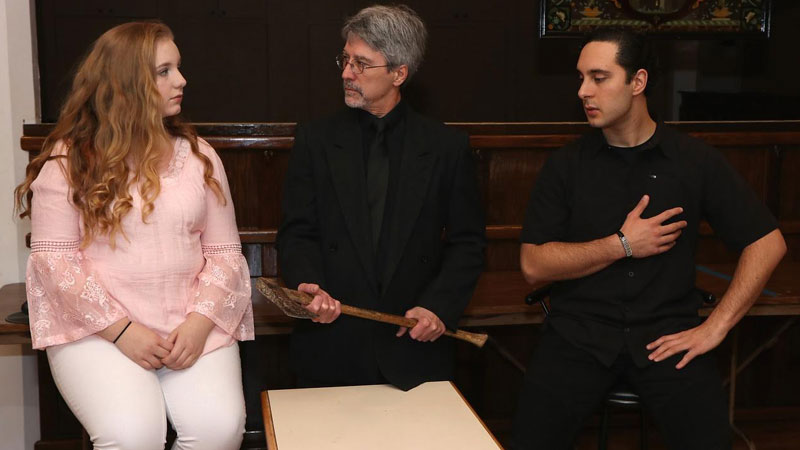 On a different note, the award-winning play The Nether will be presented by director Barbara Barkan. Written by Jennifer Haley, The Nether uses a sci-fi approach to explore humanity’s technological future. The play is set in the near future when the internet has evolved into a portal of virtual reality. When a detective discovers disturbing activity, she begins an investigation that explores the ethics of human behavior, both virtually and physically.

The Nether deals with sexual themes and behavioral ethics, which challenge audience members as well as the director and cast. “The issues [raised in the play] are difficult, even as adults, to deal with,” Barkan said. “This play addresses a life without consequences. A place to go where you can live a life of your choosing. No laws, no rules [ . . . ]  How much technology have infiltrated and dulled, perhaps even destroyed, our humanity.”

Actors Collaborative Toledo advises that The Nether is not recommended for audiences under 18 years old. Tickets for the shows are $10, available in advance at the ACT website, act419.org.