Valentine H. Ketcham was a legendary 19th Century Toledo businessman, owner of the Ketcham Furniture Company. He is also the namesake of a prominent modern Toledo landmark, the Valentine Theatre at the corner of Superior and Adams St. He won the land where the theatre stands in a poker game. Well, that’s the legend, anyway. “We’re not completely sure that it’s true, but we’re fairly certain. We just love that history,” said Jori Jex, executive director of the Valentine.

When Ketcham passed away in 1892, he left a million dollars to each of his children (roughly $26 million today). “His son George, loving his father, Valentine, and knowing that he loved the arts built the Valentine (Theatre) as a tribute to his father,” Jex said.

On opening night, Christmas 1895, actor Joseph Jefferson put on a show of his portrayal of Rip Van Winkle. Jefferson said after his performance that the Valentine was one of the most beautiful theatres he’d ever seen. A who’s who of performers traveled through Toledo to play at the Valentine, including the Barrymores and Houdini.

“We feel a great responsibility in taking good care of the theatre and having the legacy live on. And we want it to also be the home to local artists. It’s so important,” Jex said.

A change of plans
After extensive renovations unveiled in 1999, The Valentine Theatre is prominent in the Toledo arts scene. The staff was planning a gala to celebrate the 125th anniversary, then COVID hit.

As an old theater axiom says, the show must go on. So the Valentine will host a special online gala on Sunday, February 14— fitting, right?— at 6pm. The streaming show will feature actress Ana Gasteyer and SiriusXM Broadway host Seth Rudetsky.

“[Rudetsky] does shows from his apartment in New York City every week, but he’d never done anything like this. And he said absolutely, he’d be more than happy to do a celebratory show for the Valentine. And he gave us a list of Broadway performers who he works with who might consider doing this,” Jex explained.

Gasteyer, a veteran of Saturday Night Live and the performer who originated the role of Elphaba in the original readings of Wicked, jumped at the chance to take part. “Everything just fell into place. And we felt, well, isn’t this fun and different, and a unique opportunity. And the community has been very responsive,” Jex said.

Virtually speaking
It has been a challenging year for the Valentine, as the theatre closed its doors in March 2020 and have yet to reopen, but have done virtual programming via their website: Story Time, a series featuring local community members reading children’s books, as well as another series which will profile area artistic groups.

Jex and her staff have been keeping keeping hopes alive that a new season at the Valentine will begin this fall. In the meantime, however, Jex hopes the 125th Anniversary Gala will give local theater fans a reason to smile.

“We wanted to bring something unique to the community to celebrate the Valentine’s historic anniversary, and just keep the Valentine name out there.”

$25 per household. A gift bag featuring a split of Proseco, 2 fluted glasses, sweets and more is also available for pickup for an additional $25. For tickets, visit valentinetheatre.com. 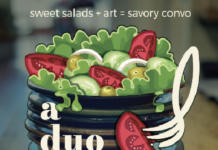 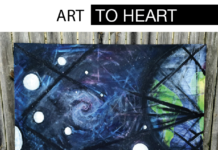