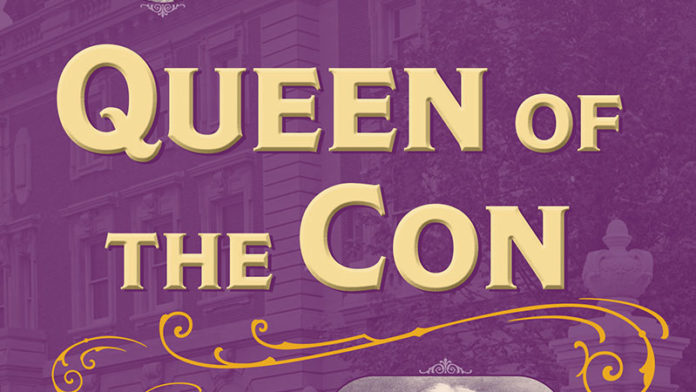 Cassie Chadwick was a woman way ahead of her time in the 1880s.  Intelligent, clever and possessing an uncanny understanding of human nature, Chadwick is one of Time Magazine’s Top 10 Imposters of all time.

Cassie spent a few years honing her skills as a con artist and clairvoyant in Toledo, living here from 1887 until she was convicted of defrauding a Toledo bank in 1891. The story of this fascinating woman’s life is chronicled in the new book “Queen of the Con: From a Spiritualist to The Carnegie Imposter.”

“Great cons always exploit fault lines in society when it’s changing,” explained author Thomas Crowl. After the Civil War, women were expected to care for their homes and families, without much outside world interaction. In the late 1800s, the temperance and suffrage movements were beginning to gain momentum, and men of the time largely disregarded these efforts.

“Cassie must have had a tremendous mind,” Crowl said. “She was an amazing conversationalist, and she really understood finances. The men in most financial institutions were caught up in how intelligent she was and did not suspect that she could be conning them.” 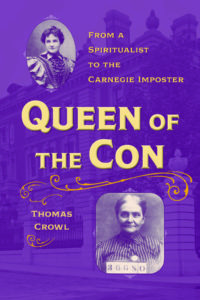 A self-proclaimed “European clairvoyant,” Cassie (known in Toledo as “Madame Lydia Devere”) set up business on Washington Street downtown. Within three months she had drawn the attention of the police over a bogus police report she filed about being robbed of cash and diamonds.

Thus began a trail of crime and deception that led, ultimately, to her conviction for defrauding Toledo’s First National Bank. The case was pursued over several years by police detective John Manley and reporters from the Toledo Blade. Originally sentenced to 9 and a half years in prison in 1891, she was paroled in 1893 with the intervention of then Governor (and future President) William McKinley.

Deep dive for information
Author Crowl became a writer while working as a veterinarian in Eastern Ohio’s Columbiana County. Historical articles he wrote in the early 1990s were published by the Ohio Historical Society.  “Queen of the Con” was released this past October.

Crowl saw Cassie’s story mentioned while he was researching another topic, and he decided to take a closer look. “I research to see if there’s enough information to create a book, and then do a deep dive for further references,” he said.

“It’s difficult to piece together a story from newspaper accounts,” Crowl said. Newspapers of the time often published many editions throughout the day, and some editions are no longer available for review. “I really enjoy the research, and I’m pretty good at it,” Crowl said. “But you have to know when to climb out of the rabbit hole and start writing.”

When asked about what one question he would ask Cassie, Crowl replied, “I’d ask her if it was worth it. But I know she would have answered yes. She lived the kind of life most of us – even today – can only dream of. She wanted to be one of the one percent — with the lifestyle and the money. And she did it.”

“Queen of the Con” is available on Amazon, Barnes and Noble or through Kent State University press. 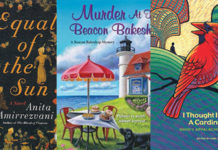 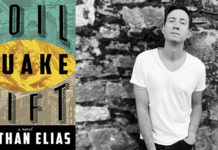 Gathering Volumes: A Bookstore For Everyone Denise Phillips goes from IT to independent bookstore owner, and thrives during the pandemic