The world of college athletics is going through a metamorphosis.

In June of 2021, the Supreme Court made a historic ruling allowing collegiate athletes to monetize their name, image and likeness (NIL). The changes are being felt by all, including the University of Toledo and the Mid-American-Conference (MAC).

To some, the ruling freed exploited college athletes from unfair restrictions, allowing them to share in the profits of some of America’s most popular sports. Others make claims like “NIL is ruining college football.” In reality, nobody knows yet how this will affect the competitive balance of major collegiate sports.

With limited guidance from the NCAA and unclear laws from the federal government, it still remains to be seen what version of college athletics will emerge into this new reality.

Why should college athletes be paid?

Ultimately, page 45 of the Supreme Court ruling states “businesses like the NCAA cannot avoid the consequences of price-fixing labor… The bottom line is that the NCAA and its member colleges are suppressing the pay of student athletes who collectively generate billions of dollars in revenues for colleges every year.”

“Those enormous sums of money flow to seemingly everyone except the student athletes. College presidents, athletic directors, coaches, conference commissioners, and NCAA executives take in six- and seven-figure salaries. Colleges build lavish new facilities. But the student athletes who generate the revenues, many of whom are African American and from lower-income backgrounds, end up with little or nothing.”

So that is that, case closed. Well… not so fast.

The Supreme Court, the NCAA and society at large have compelling reasons why college athletes should be paid. The next question is, will this split colleges into semi-professional farm teams and everyone else? Can this outcome be avoided? Should it be avoided?

On page 44 of the Supreme Court ruling it states, “If paying student athletes requires some thing like a salary cap in some sports in order to preserve competitive balance, how would that cap be administered?”

In other words, it’s all a gray area right now. Essentially, the details will be decided by future court rulings, federal legislation, or a collective bargaining agreement made by the NCAA, its sponsors, and a yet to be established college players union.

What about colleges’ existing relationships with athletic apparel and sports drink companies? If a university uses Nike shoes, athletes CAN NOT sign with Reebok or Adidas. This leads to some interesting dynamics between corporate America and college athletes.

At what point do companies like Nike, Google, or Amazon decide to sponsor whole teams with cash, not just apparel? What would happen if prospects knew they’d receive thousands of dollars more to be a backup at a “corporate-sponsored” school, instead of being a starter at a smaller school?

Can local businesses sponsoring local athletes become the norm? Or will corporate overlords seize control of the Power Five conferences? It remains to be seen what version of college athletics will emerge.

There are many more questions than answers, but here is what we know so far.

College athletes can not be paid direct compensation for their on-field achievements, only their personal brand; considering how closely related those two things are, we will call that a gray area.

The two most prevalent ways that athletes are monetizing their name, image and likeness are through local business sponsorships and social media, with the main driver being simple name recognition. Hercy Miller, the son of the famous 2000’s rapper “Master P”, received a $2 million NIL deal before ever playing a college game. Shaq’s son is pulling in nearly 11k for each sponsored Instagram post.

As with professional sports, this would seem to favor larger metropolitan areas. Big cities have big businesses, and that leads to more lucrative sponsorship opportunities.

So how do NIL opportunities affect local colleges and mid-major conferences like the MAC?

We talked with some local athletes and administrators to find out. Brian Lutz, Senior Associate AD for Compliance & Sports Administrator for Men’s and Women’s Tennis at The University of Toledo, discussed some of the nuances. 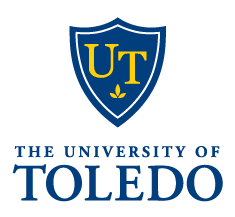 Does the initial structure of NIL make sense to you?

“I think so, when this all came down it was State of Ohio athletes through the Ohio executive order. I foresee more of a federal governance of NIL because the laws, if they exist, are very different state to state. So there is a bit of an uneven playing field right now, in my opinion.”

“At the outset, the federal government wanted to take control of NIL but they have been a bit slow in getting to some kind of a law that we can all look to. I do think for the most part we have been able to follow the executive order which isn’t overly restrictive.”

“The recruiting process is something where we cannot offer an NIL opportunity, when they get here we can talk informationally about NIL and how it impacted our programs, but can’t make any type of prearranged connection between prospective athletes and local businesses. We take great precautions to protect our corporate sponsors who are doing business with us. And trying to ensure our student-athletes don’t exercise NIL opportunities with competing businesses, because in some ways that becomes an issue with our rights holders and advertisers with the athletics programs. So those are some of the nuances that we’ve been paying close attention to as we’ve stepped into the NIL world.”

“At the upper end of the spectrum, when you talk about Power 5 schools there could be large corporate opportunities for students. In our space, because of our exposure and the level in which we play competitively, I think the opportunities will be more local.”

“Over time we have had a few students who have been wildly popular in the local community and if they had the opportunity for NIL could have really been able to profit from it. Currently, those athletes are emerging. The success of programs and athletes will all determine who the local business community engages with going forward. “

Does this widen the gap between the Power 5 conferences and the rest?

“Yeah, I think it can widen the gap, certainly. You now look at athletes who may consider larger media markets and large cities when being recruited because of the opportunities. Where the small college towns may be at a disadvantage just because the local business community isn’t as large may not have the resources to serve student-athletes’ NIL interests. So I do think it could widen the gap as markets and locations become more important for student-athletes as they choose the institutions they attend.” 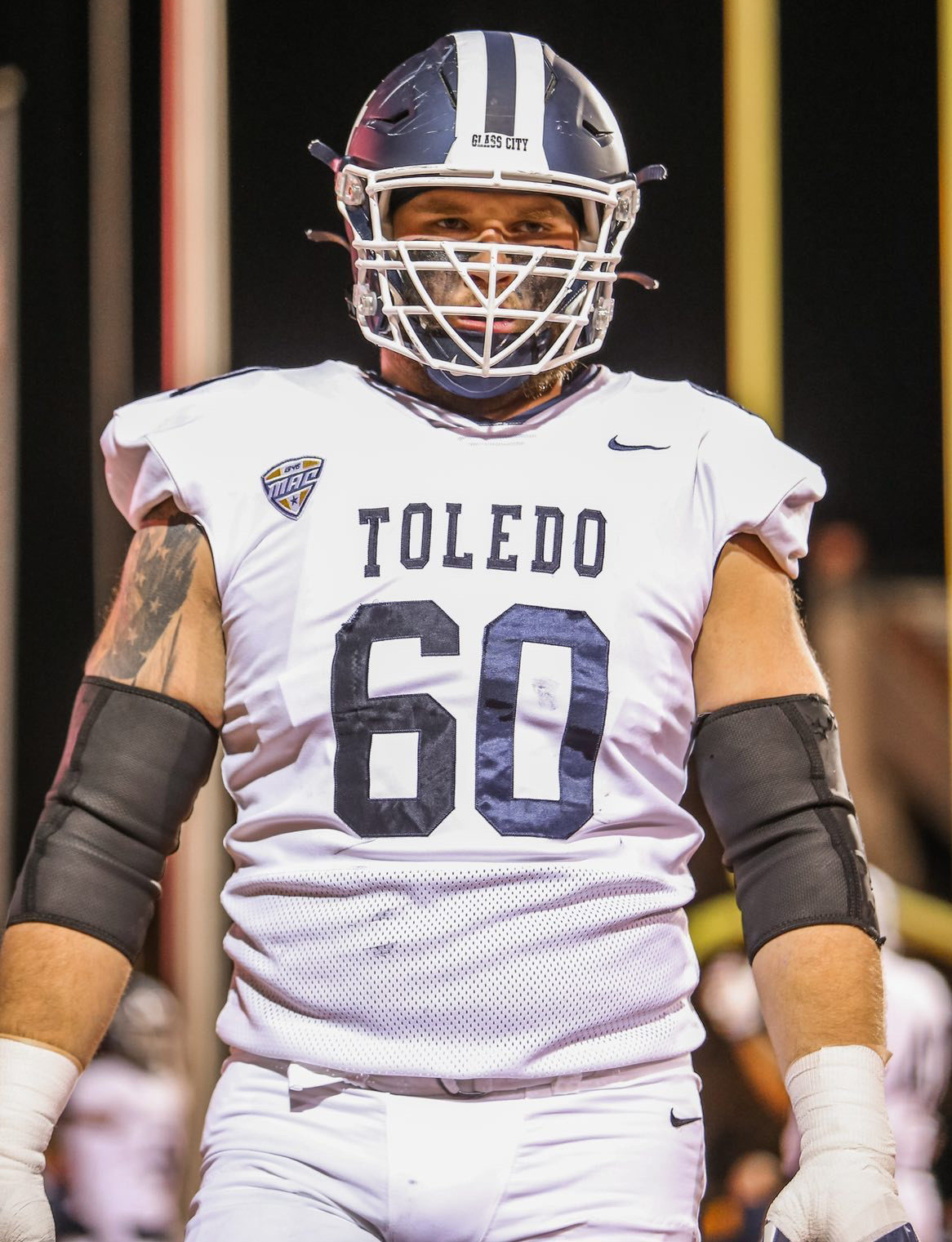 As you’d expect, college athletes at schools of all sizes are keen on signing NIL deals, and there is ample opportunity for local sponsorships. In particular, high school athletes can now capitalize on their local name recognition by becoming brand ambassadors for local companies during their college years.

Tyler Long helped Springfield Football to a 10-1 record and was a First-team Division II All-Ohio selection, in 2017. In 2021, he was a mainstay on the highly-rated UToledo offensive line. He started 12 games at right guard and was also an Academic All-MAC Nominee for Academic All-America. We asked him who some of his local sponsorships were and how the changes could affect the recruiting process.

“I am sponsored by Tony Packo’s and also Fourth and Goal who sponsors me to train local athletes. It does depend on who you’re signing with and the size of the company. Truly it comes down to what you can communicate with them and what would be a good deal, in terms of the money and what you can do for them, but it is not only how you can advertise for them but also how they can get your name out there.”

“Obviously, you have a QB at Ohio State and his name is everywhere so big businesses are gonna want him as their brand ambassador. I think a big factor is going to be where the school is located… There are so many companies around the(Toledo) area, like Packo’s, there are so many local restaurants and local businesses… they are not gonna want to reach out to Columbus. I think they would rather have someone that is from Toledo or plays in Toledo. They will want a guy that represents their city to represent their brand.”

Social media is a major factor as well. It allows athletes to become lucrative influencers, and businesses are paying athletes to promote their products with free swag/apparel and cash.

Olivia Vance, started all 18 games at middle blocker for The University of Toledo volleyball team last season, and was Academic All-MAC. She has garnered more than 84,000 followers on TikTok. We asked her about her story and how NIL deals work for her.

“I wanna say August 2020 I told my roommates, ‘wouldn’t it be cool to do a TikTok of our day, people might be interested.’ I know as a young volleyball player in middle school, going through club and everything, you want to learn more… And I always wished someone had a youtube channel or something I could look at and figure out how their team worked. I made a ‘Day in the Life of a D1 Volleyball player’ video and I posted it before practice, when I came out of practice it had 14,000 views…by the end of the week it had like a million views.”

“With the NIL stuff, I obviously want to maximize my opportunities. I am also a marketing and entrepreneurship major. I think working with the companies has given me insight and experience that I can put on my resume, and also see some marketing things from the other side of it… It has been really great. Dyontae Johnson and I signed with Croak Asset Management, and we are working with them in downtown Toledo. I also work with Crossnet, which is like Foursquare for volleyball.“

“I have been able to benefit from it here and there. Nothing crazy, but some more things are in the works. I have been working with companies that have really cool products they want to be shown in videos (on TikTok), and I get some free products and sometimes monetary compensation. I think it has been really beneficial for me so far.”

College Athletes Should Be Paid

One thing seems clear, being able to monetize their name, image and likeness is a great benefit to students, and not just financially. Students are getting hands-on training in many aspects of business and financial responsibility. What better training for real life situations than real life experience, with a college support staff to help you avoid pitfalls? This type of education seems invaluable to athletes in every aspect of life, especially those that end up playing professionally.

Ultimately, it remains to be seen where all of this lands. Additional guidance from the NCAA, State and Federal governments are likely forthcoming. We can only hope these guidelines arrive before we have to watch college athletes do corporate sponsored halftime shows.

Interested in more… here some of the resources used to create this article.

NIL & High School Athletes: Can they get paid, too?

The Supreme Court Sides With NCAA Athletes In A Narrow Ruling 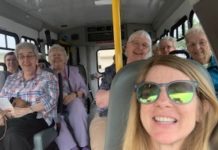 Serving the Earth and Community 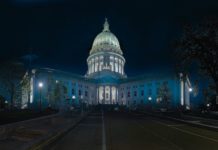 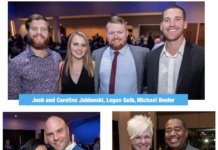