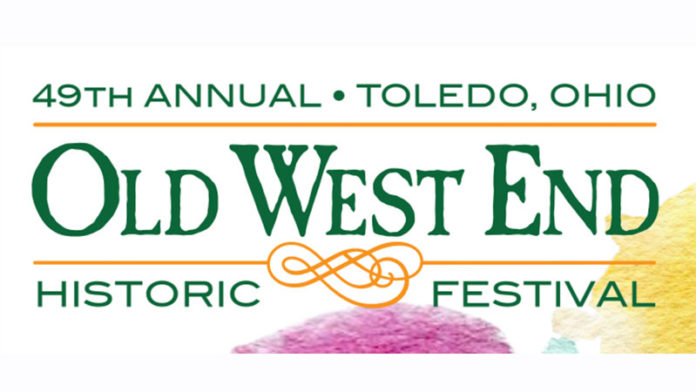 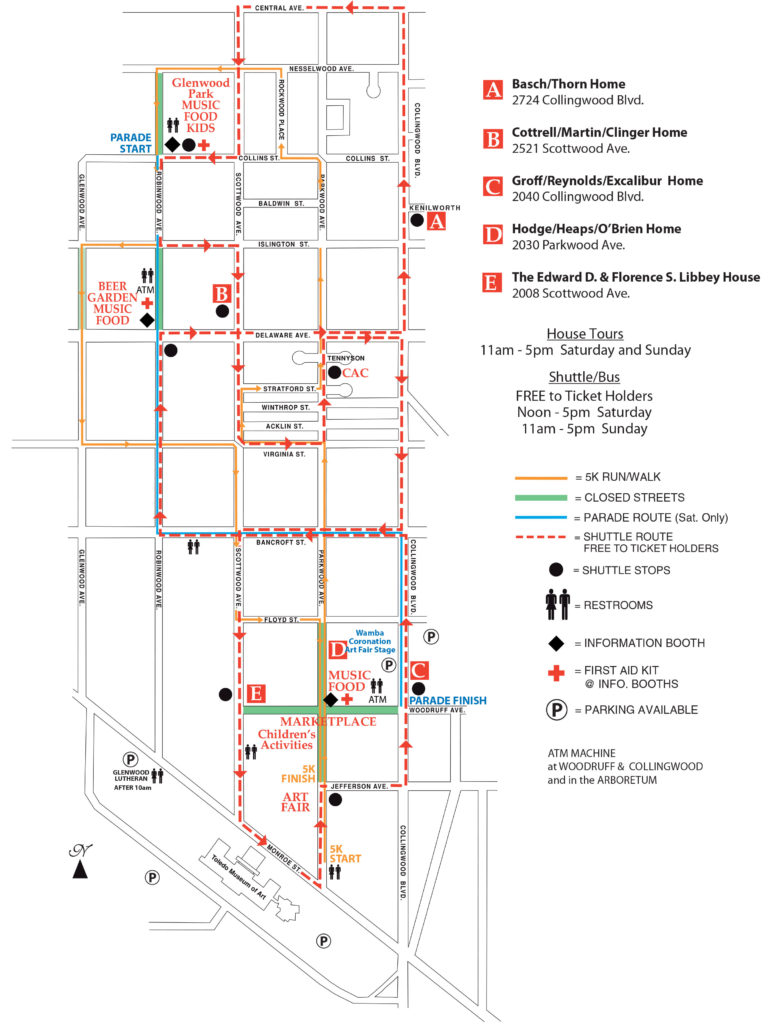 Many Neighbors host yard parties and have never met a stranger.
Wander and make new friends.
While the Old West End Association assumes no responsibility for those events, we appreciate our neighbors for adding to the fun atmosphere.

Tour Hours 11am – 5pm
Saturday & Sunday June 4 & 5, 2022
TICKETS: $15 per person
$25 per couple
$5 single house tour
Children under 12 FREE with paying adult
Tickets are available at each house tour site and at the three Information Booths located in the Arboretum,
Art Fair/Marketplace and at the Glenwood Park Bazaar.
Credit Cards are accepted at the three Information Booths only. 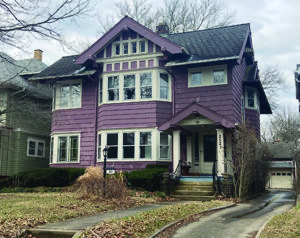 Cottrell/Martin/Clinger Home
2521 Scottwood Ave.
Built in 1914, this Arts and Crafts Over/Under Duplex was commissioned by Florence E. Cottrell, a 62-year employee and officer of The Blade. This American Craftsman Style home was designed by Manfred M. Stophlet. This style incorporated a visibly sturdy structure of clean lines and natural materials and was a reaction against the “over-decorated” aesthetic of the Victorian Era. 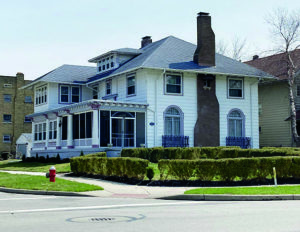 Basch/Thorne Home
2724 Collingwood Blvd.
This French Victorian home was built in 1914 for Sylvian Basch of Basch & Company Jewelers. The current owner purchased this home in 1999 and spent several years restoring the home to its original glory. The home has an unusually open floor plan for a Victorian home of this era. 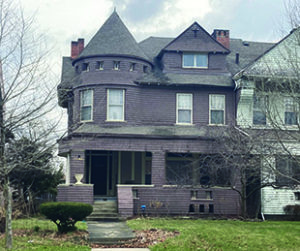 Groff/Reynolds/Excalibur Home
2040 Collingwood Blvd.
This Victorian Era shingle style townhouse was built in 1892 for Mr. & Mrs. Shadrach Groff. In 1895, the Charles Reynolds family moved into the home after selling their home across the street. Originally built as a twin plex, the home was separated into two properties. The exterior is asymmetrical. 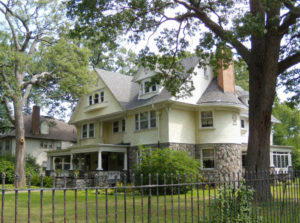 Edward D. & Florence S. Libbey House
2008 Scottwood Ave.
A National Historic Landmark – David L. Stine designed and built this home in 1895. Mr. Libbey initiated the influx of the glass industries in Toledo. Mrs. Libbey inherited the land to the south that is now the Toledo Museum of Art. A combination of Colonial Revival and Shingle Styles, this house consists of nearly 9,000 sq. ft., 5 fireplaces and 18 rooms. Now owned by The Libbey House Foundation, a 501(c) (3), they host events and showcase the innovators of Toledo’s industries. 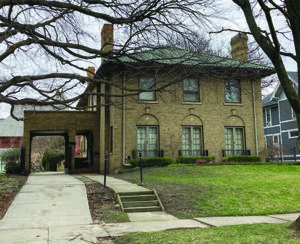 Hodge/Heaps/O’Brien Home
2030 Parkwood Ave.
This single-family Italian Renaissance Revival home was built in 1917 and designed by architect George Rheinfrank. This home was once owned by the Lucas County Board of Mental Retardation in the early 1970’s. Today, this home has been returned to its turn of the century design elements and original grandeur.